Founders of Refinery29, the leading lifestyle digital media company for women. Piera and Philippe make both work and marriage fun endeavors together. 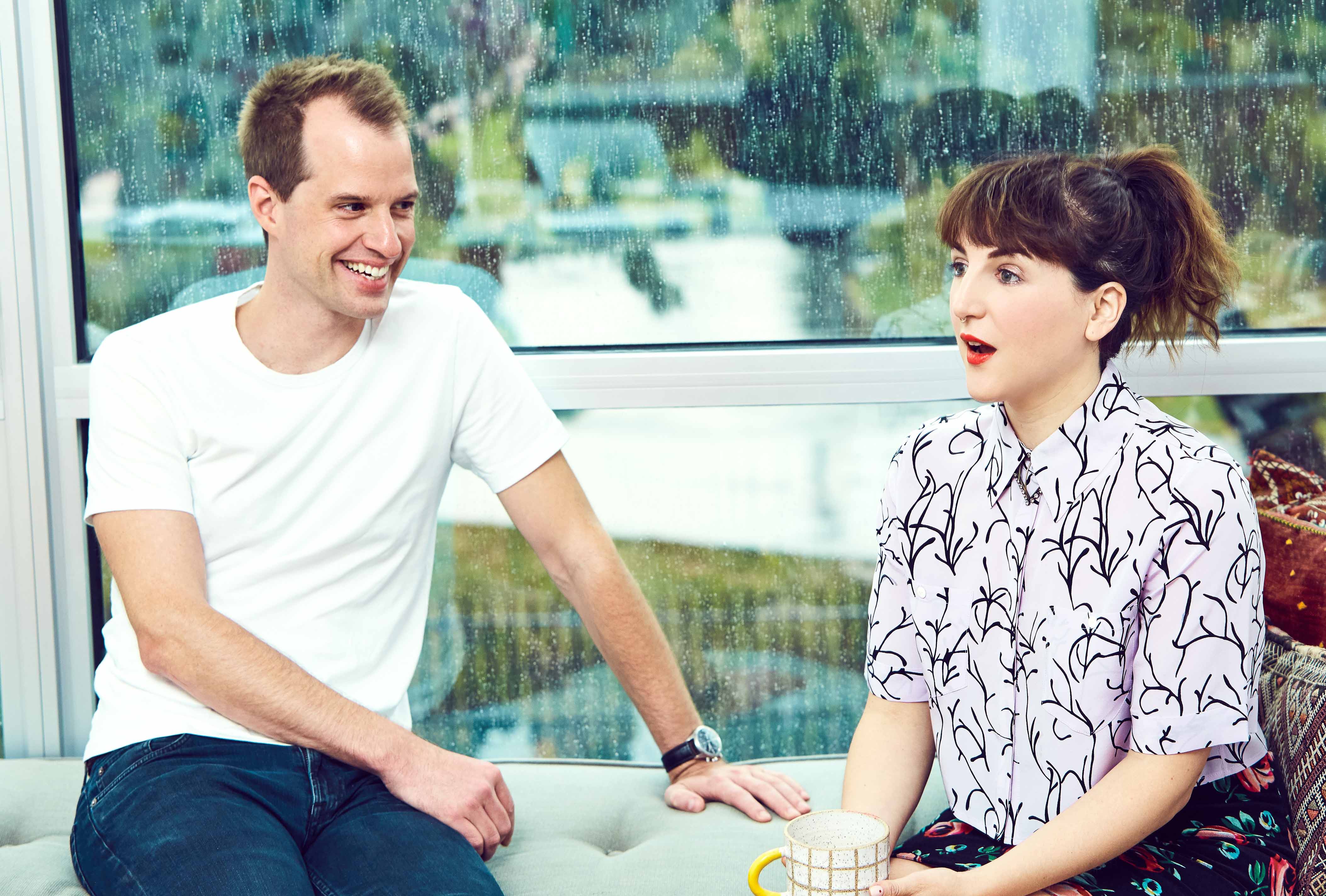 How did you meet?

PIERA: We met through a photostrip. I used to take a classic black and white photostrip for my holiday card every year. I’d Xerox it and mount it on some construction paper and send it to everyone I knew. I had run into this guy Ed—who I knew socially—at a party in Chinatown and I got his address and I sent him this photostrip. Ed and Philippe went to highschool together. Philippe came to visit Ed and saw my photo on the refrigerator and inquired. It was kind of like putting a classified out there. He thought I looked fun and spunky.

PHILIPPE: I had seen the photostrip at Ed's house and I knew of Piera. I was like ‘who’s that lady’ and Ed is a matchmaker in life. He said we needed to meet. It’s a story in three acts. I was living in DC at the time and a couple weeks later I came back on the weekend and Ed and I were at a bar around the corner from here and ran into Piera. It was extremely late and I was drunk and so I said I was going to have a cigarette and walked away.

PIERA: I had just quit smoking but I said "me too" and went to get my coat. When I walked back outside he was gone. He ghosted, so I thought he really wasn’t feeling it.

PHILIPPE: I was too wasted. I needed to walk away from the scene. I sent Piera a message the next day through Friendster. 2004.

PIERA: I was thinking about him and messaged me the next day. There wasn’t a lag.

PHILIPPE: The message the next day was funny. I figured out Piera was from Maine so the subject was ME, But Piera read it as ‘me.’ My message was something like, ‘omg I can’t believe I walked away. You’re from Maine, I’m from Germany but my mom has a house in Maine. We need to meet in person.’ I was back in DC, so we emailed back and forth for three weeks.

PIERA: So we were essentially pen pals for a month. I started spending most of my days at work crafting clever emails to him.

PHILIPPE: Five weeks after failed attempts we finally got to meet properly.

PIERA: But our first date was a fail too. He decided to fly in from DC and I didn’t have a cellphone. He picked this restaurant and I looked it up online and it had $15 entrees so I made this plan; you can get a beer, a soup and...he never called to say he was at the airport. At this point I was really into him, so it was a very high pressure first date. I was home with my roommates, really nervous, waiting for him to call.

PHILIPPE: Meanwhile I am on the plane really excited to meet and the captain comes on that there is a thunderstorm over NY and we have to circle for 30 minutes. Then he says we have to go back to DC.

PIERA: Meanwhile I am sitting there not hearing from him, thinking should I go? I stayed home. Then he called and said that he was back in DC.

PHILIPPE: And that was it. It was a series of missed opportunities. 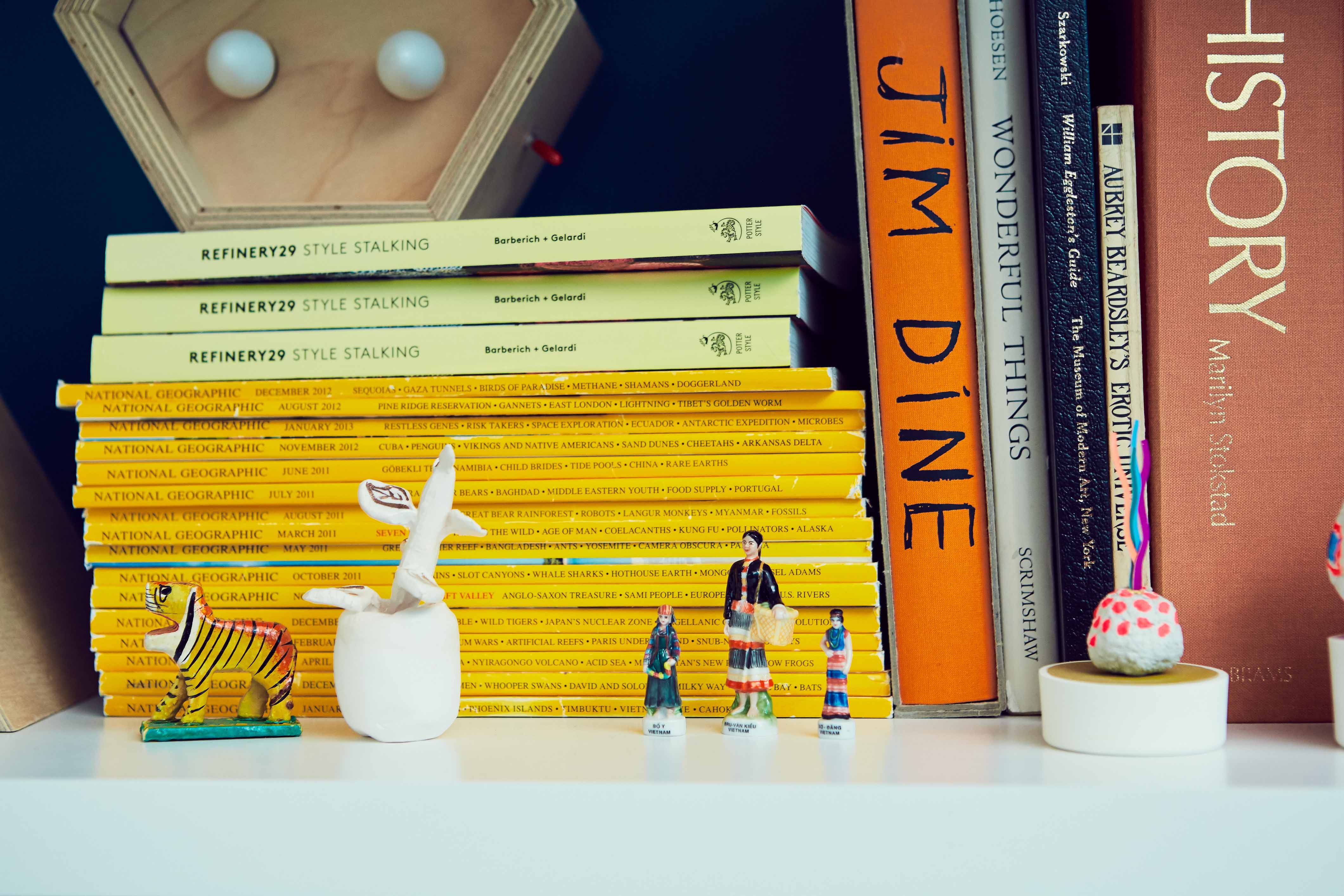 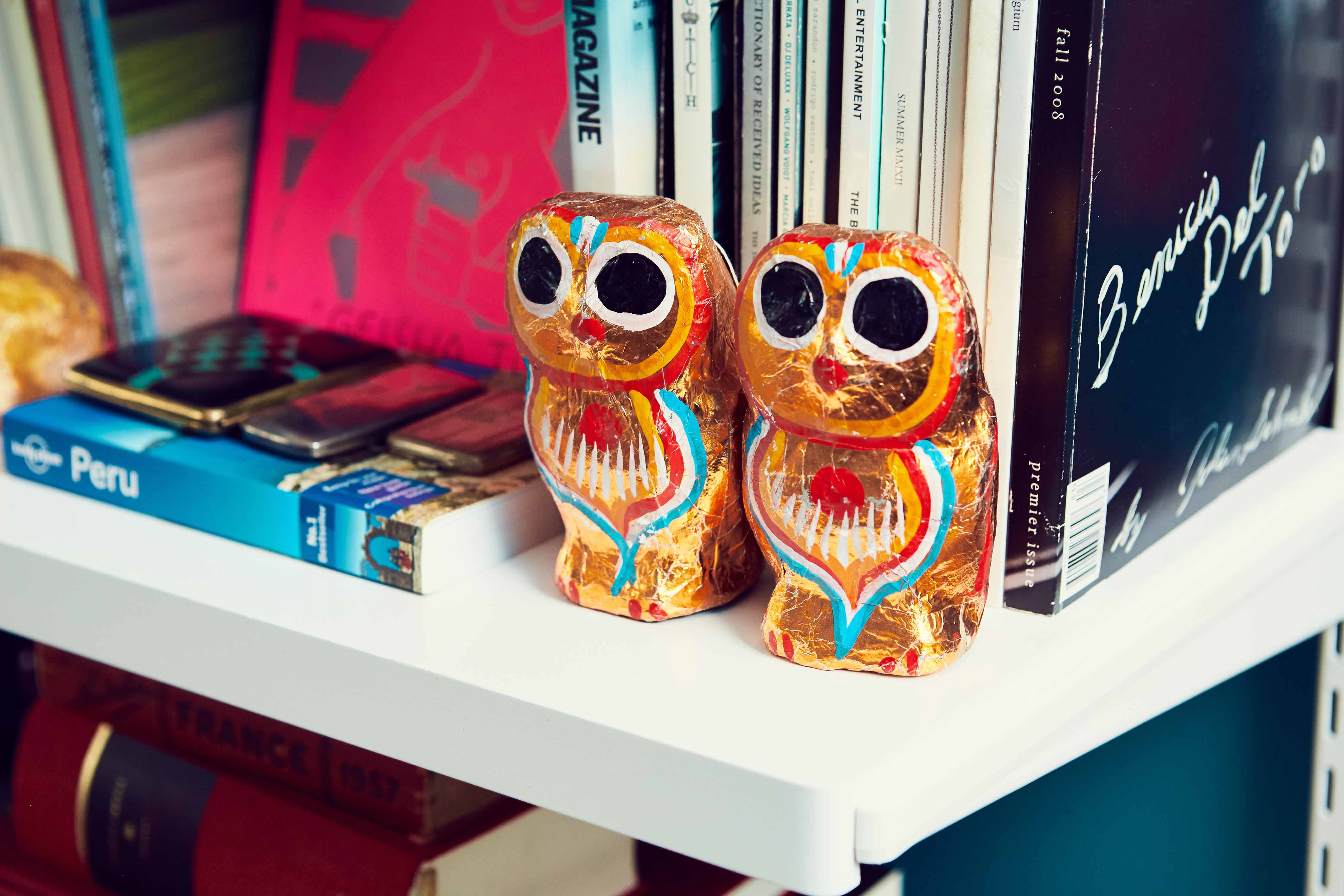 PIERA: Two more weeks of emailing and then we finally had our first date and it was a double date because it was our “matchmaker” Ed’s boyfriend’s birthday. I did a tequila shot before I left the house because I was so nervous. I was really anxious because I really liked him from our correspondence. It was kind of awkward. We went to dinner and then there was an afterparty at Bar 169. We made out at the party and later that night he asked if he could spend the night at my house.

PHILIPPE: Really quickly thereafter I moved to NY. Within seven months. Piera found us an apartment and we were living together.

PIERA: I had pretty recently broken up with someone but I wasn’t nervous about getting into a relationship. We got married pretty quickly.

PHILIPPE: It all happened in one year. We moved in together and that fall we had our first conversation about Refinery and the idea. That gained momentum and things started to fall into place. By February of the following year we went to City Hall and got our marriage license. 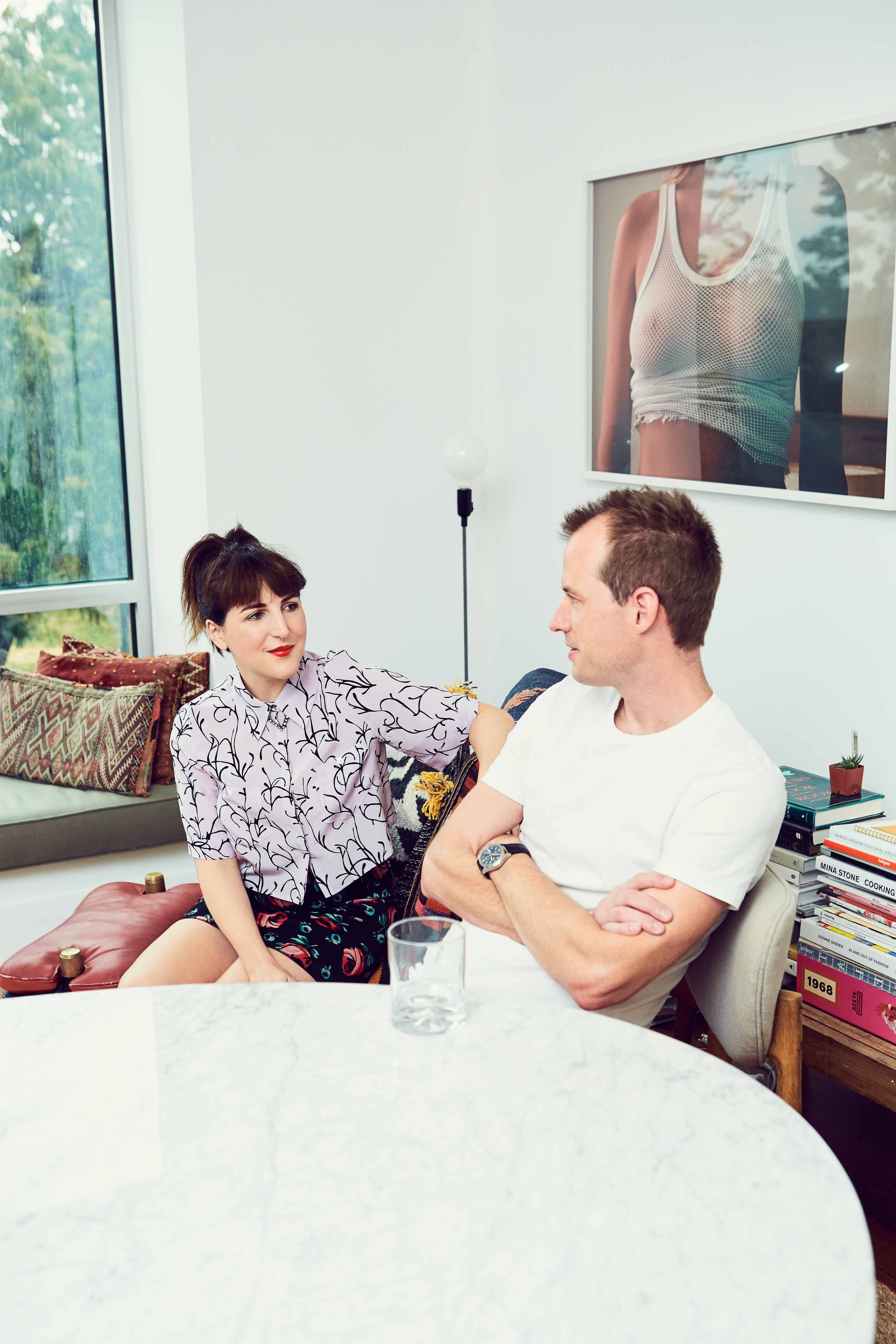 PIERA: Our families had different feelings. I think my family was justifiably a little freaked out. My mom wanted me to understand the reality of what I was doing but also stressed how much she trusted me to make good decisions for myself. I was definitely in La La Land and kind of cavalier about the whole thing. I told her “we’ll do an actual wedding when we’re older” but she gave me important perspective about commemorating big decisions and life moments with reverence. So we had a proper wedding. Below the surface I was like 'what the fuck am I doing?' but I couldn’t really tell anyone that I had doubts because I was 24 and people would say it’s crazy that you guys are getting married. Our wedding was kind of funny. I did a lot of really traditional things because I wanted it to feel real and I kind of only knew weddings from movies. You’re supposed to cut a cake, throw a garter…

PHILIPPE: We rented a loft in Dumbo. Most people thought it was a theme party because no one believed we were getting married. They all thought we were just throwing a party. So people showed up like “Hey I brought 10 friends, is that cool?”

PIERA: We took a honeymoon a few months later. We went to India.

PHILIPPE: It was the most epic and amazing trip.

PIERA: We look back on the wedding process very fondly, but it was a very difficult and intense period. It was really short, I was having all these doubts and feelings but didn’t want to talk to anyone about it. I was putting all this pressure on Philippe to tell me it was happily ever after and that he was 100% sure that what we were doing was the right decision. But he’s very direct and honest, and was like you know that I don’t know that, I think that it’s right but I don’t know. I learned that Philippe is very honest and emotionally intelligent and supportive but won’t just tell you what you want to hear.

PHILIPPE: In retrospect, the entire base of our relationship came together in eight months, from meeting to going to City Hall to starting a company together. It speaks to the fact that there’s a whole bunch of knowing and a whole bunch of serendipity and intuition involved, like anything. And here we are.

Below the surface I was like 'what the fuck am I doing' but I couldn’t really tell anyone that I had doubts because I was 24 and people would say it’s crazy that you guys are getting married. 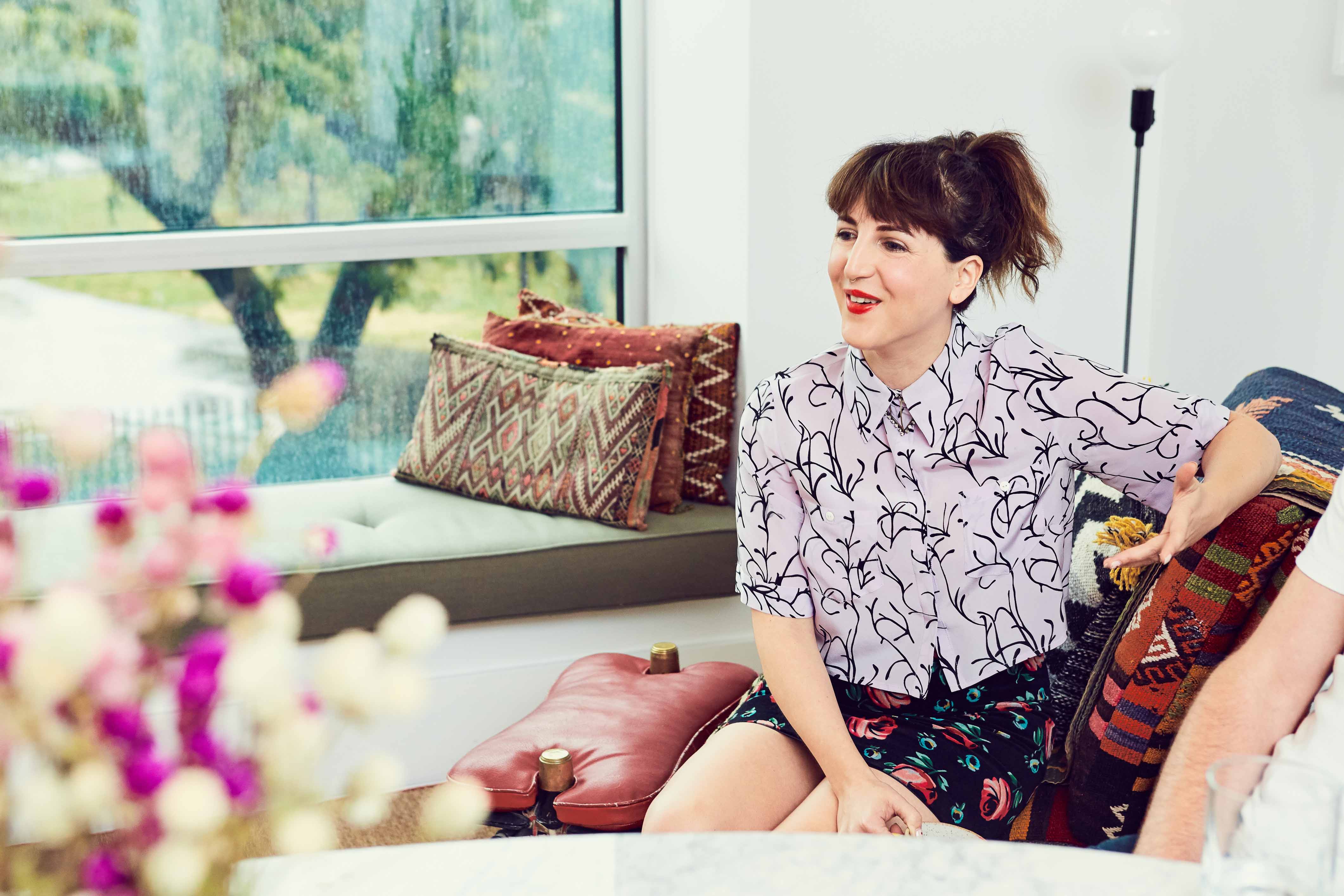 PHILIPPE: 2004/2005 we were living in Brooklyn and a lot of people during that time were breaking out and starting their own things. There was this moment that was very energetic, entrepreneurial/indie. It had to do with people doing stuff in fashion. So in 2004, we were up one night, with Justin (our business partner) along with Christene and talking about how amazing would it be if you had a place to access all the amazing brands and stores. We started Refinery with the idea of creating this place that brought together all these incredible, independent makers. That was the initial story of Refinery. We wanted to create the indie mall of your dreams. It launched in 2005, 4 months after we got married.

PIERA: It’s interesting because of course there’s a million ways to be in a relationship or start a company, but for us it was committing to doing something and working at it.

PHILIPPE: Figuring it out as you go along, but also being very aware of everything around you. Our lives have become so intertwined, personal and professional, in the best possible way. It’s what we’re passionate about, our growth personally and what we learn from growing a company. Those paths have been so parallel for us.

PIERA: We can’t separate them. I feel like working with Philippe has strengthened our relationship because so much of our relationship is built on respect. It’s really increased the level of respect and empathy we have for each other.

Our lives have become so intertwined, personal and professional, in the best possible way.

PIERA: Each phase of a business has different pros and cons. Definitely we’ve gone through multiple phases of growing pains. For me, that’s like 'ok who do I need to be now and how to I get that skill set that I don’t currently have and wasn’t trained for?' because to get your business to the next level you have to get yourself to the next level. Learning and growing so you can bring everyone up with you. It’s been challenging because I constantly have imposter syndrome. I’ve never done what I’m doing before. Sometimes I do miss just making things myself, that flexibility and lack of pressure you have when you’re first starting. On the flip side, we get to do stuff like 29Rooms that I would never have dreamt of being able to do. I’ve learned so much and I get a lot of joy.

PHILIPPE: I don’t look back and think ‘oh it was so much better when we were smaller.’ Each stage is unique and we’ve personally grown so much in what we do. It has been the most amazing journey and learning experience. We have an insane amount of respect for each other. 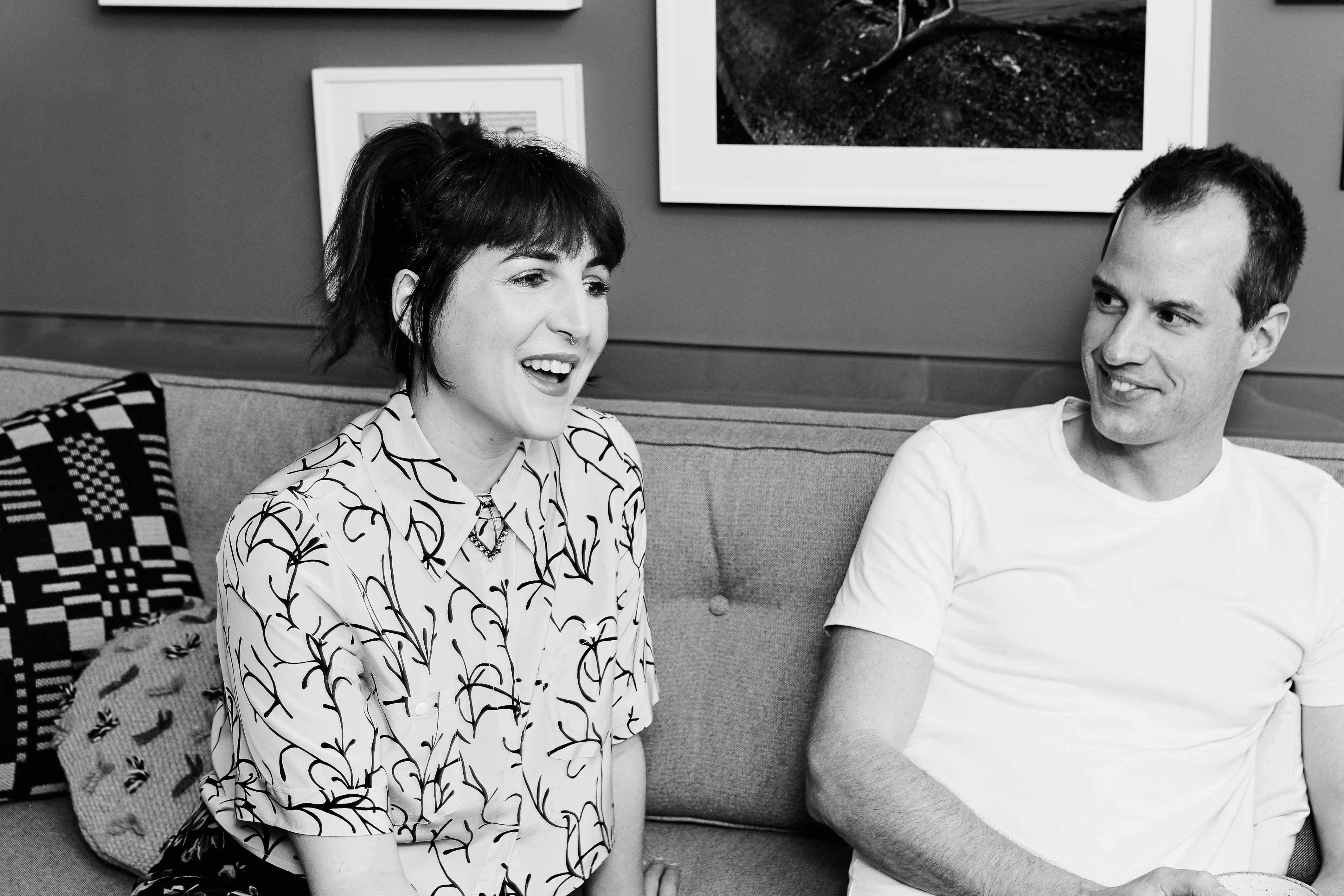 PIERA: Philippe thinks more ahead, I’m more intuitive. I’ve gotten into starting the year off with an exercise that is about values, themes, and ideas I want to embody. I’ll go back to that to figure out how I want to get there.

PHILIPPE: We take trips. Very important. Three or four times a year we get away. For yourself and the benefit of others, you need to set the precedent that you’re going away and you’re shutting off.

PIERA: We spend a lot of time together, but we have hilariously separate lives at the same time. I think that is something that works well for us too. We are our own people with our own lives.

TWP: Could you picture yourself living outside of NYC?

PIERA: I could picture myself living somewhere else, but with great sadness. I always wanted to move to NY ever since I was 12 years old. I still love it so much. Our life and that ability to cultivate our own interests while still being together is allowed by NY in a lot of ways. I think about what is the legacy you want to leave for yourself, what are the three or four things you want to be. I find it easier to say oh that really doesn’t fit for me if you keep coming back to that.

PIERA: Mutual respect. Listening to each other. Communicating. In the past 11 years, there have been maybe three nights we’ve went to bed mad because we always duke it out.