Interviewed at their home and studio in Brooklyn, Phoebe Sung and Peter Buer are the founders and minds behind Cold Picnic. The two met in 2006 while studying and have been laughing and creating side by side since. 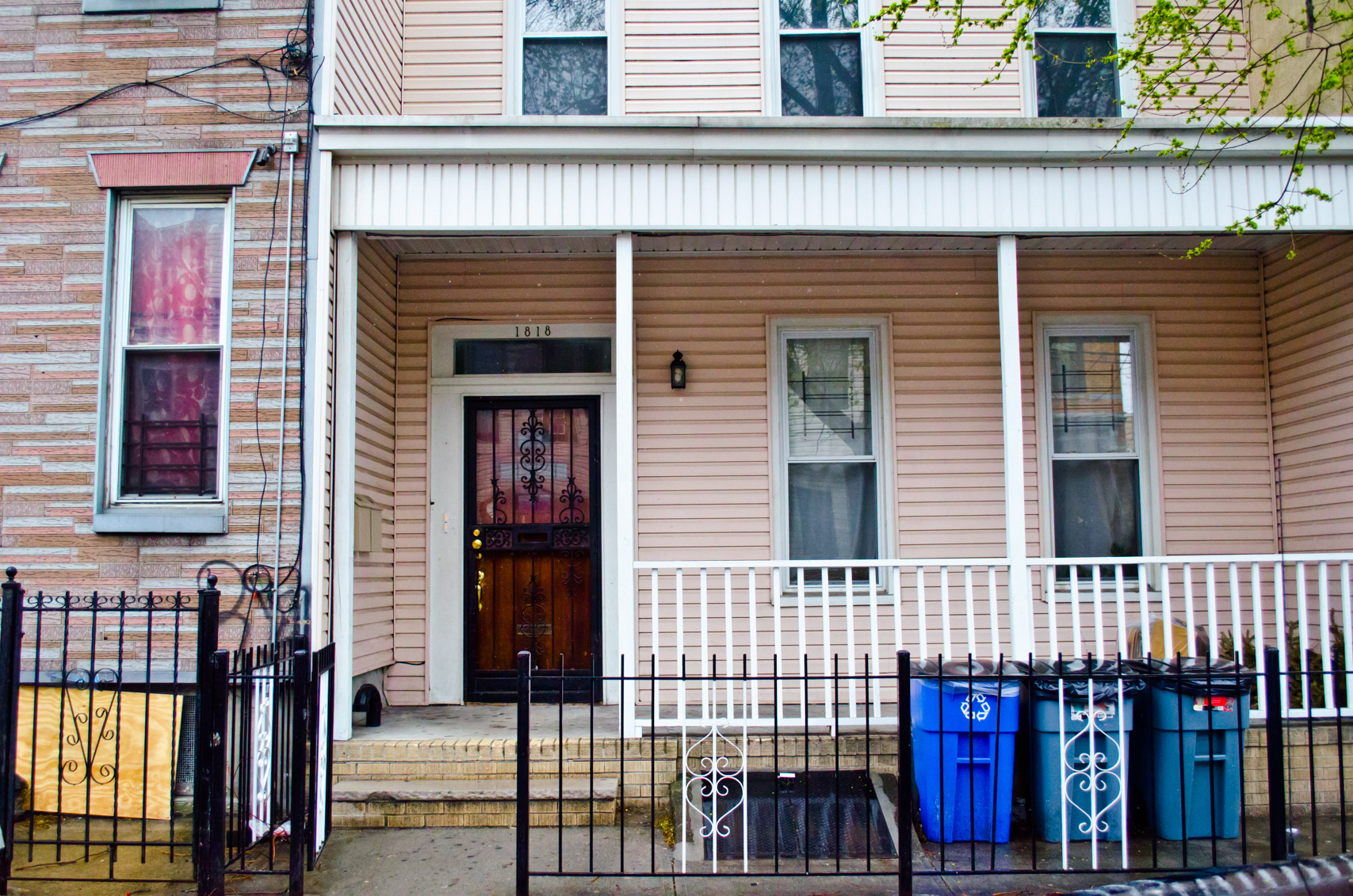 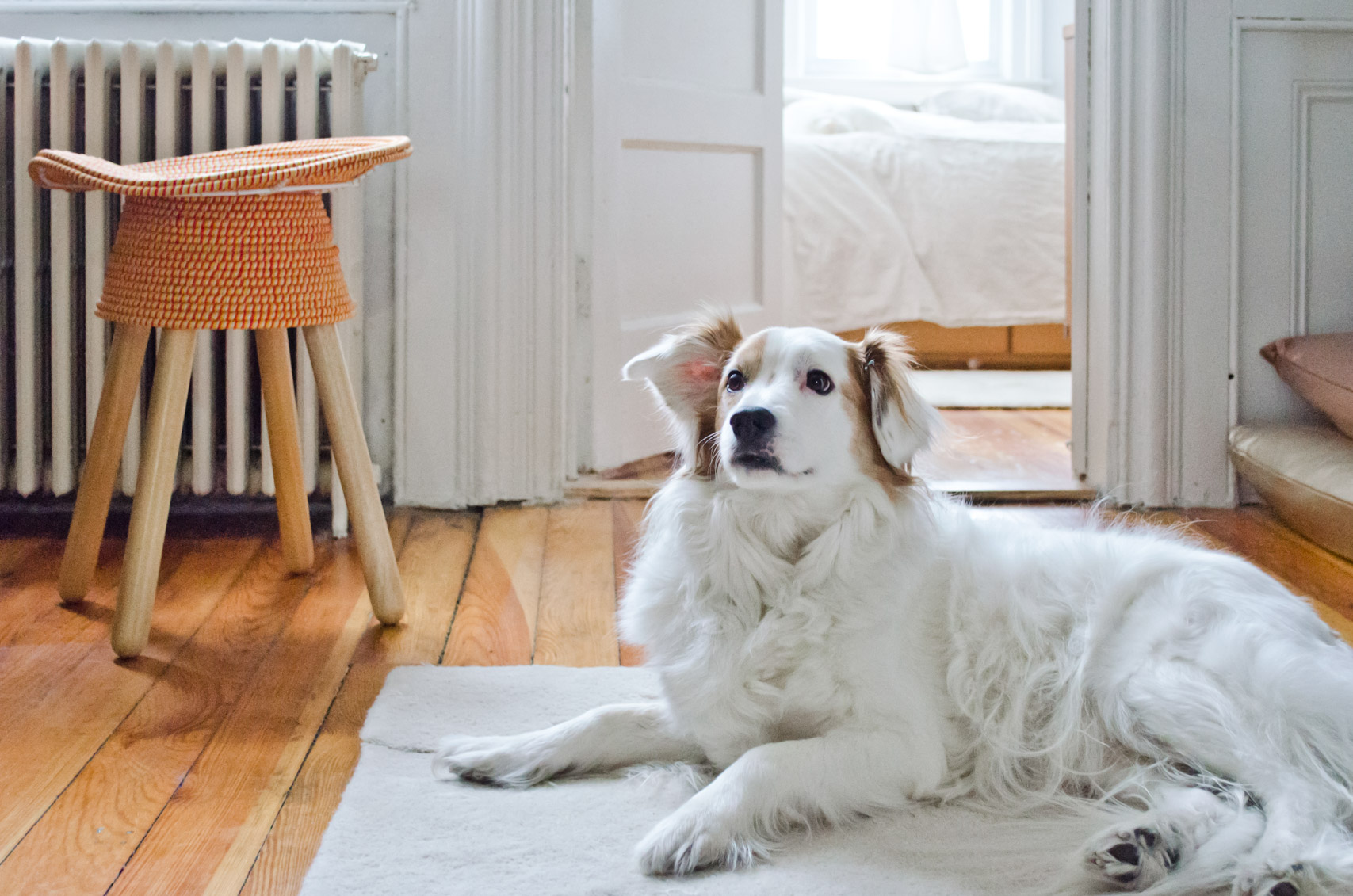 PETER: We met in Boston of all places. I moved over with my family. We were both at Massachusetts College of Art.

PHOEBE: We had a computer class together.

PETER: We had no classes together, except for that one class.

PHOEBE: And it was my second degree. So I was really wary about dating. I didn’t know how old anyone was. I think I was 25 when I went back. I thought, someone could ask me out and be a teenager.

PHOEBE: But you said you were 22 when we met.

PETER: Yeah, I lied. I knew she was older. It was smart. I should be able to drink if I was going on dates. So I lied and then I thought I have to tell her. I think I got interviewed for something and she asked me for my birthday and she was like you’re actually 20.

PHOEBE: But you did it a year after we had been living together.

PETER: I did it for a nice reason. I wanted to go on dates and I didn’t want her to be weirded out or not go on dates with me because I was too young. 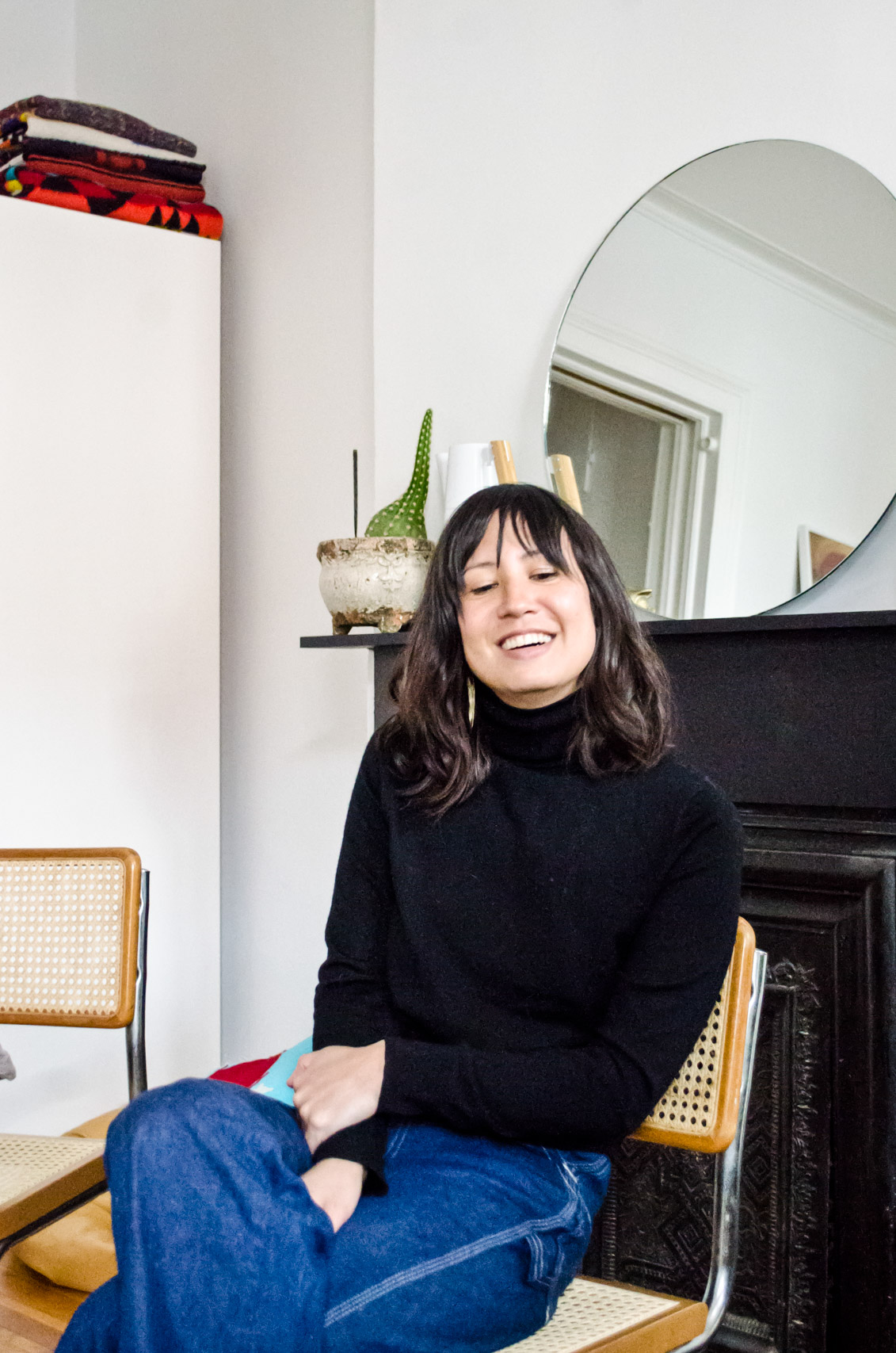 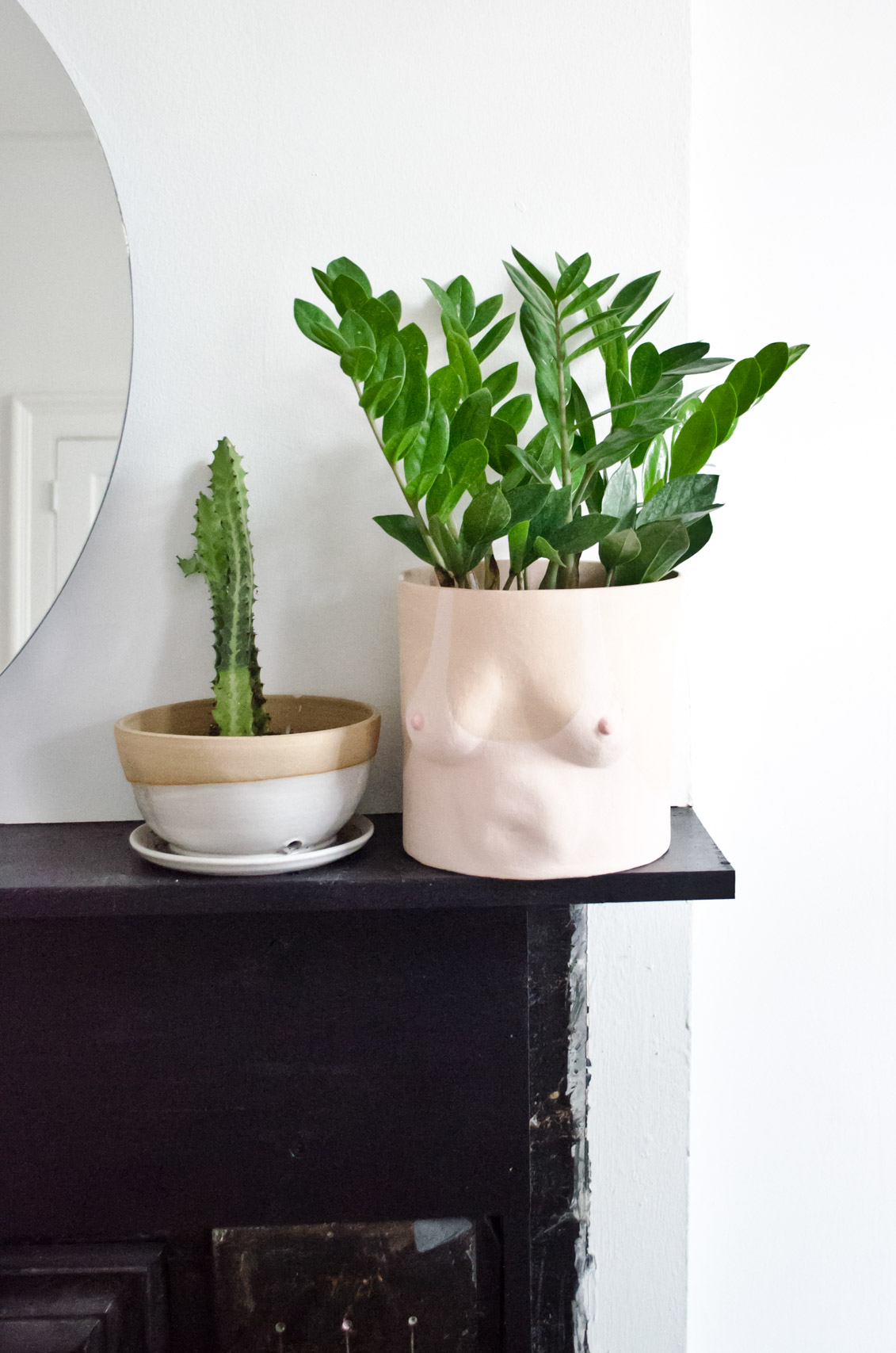 PETER: We had some coffee dates first to ease into it.

PHOEBE: And then you did ask me out and said ‘could we push it back a week?’

PETER: I was actually dating someone at the time. I was like let’s go out next week, then I broke up with my girlfriend. At least I didn’t go out with her while I was going out with someone else.

PETER: This is making me look so bad.

PETER: I told a lot of white lies back then. I don’t do that anymore. I also said I live with roommates but I actually lived with my mum. I lied and said that she had just moved over and so Phoebe got her an introduction to Boston travel book.

PHOEBE: She was like oh thank you I love to read.

PETER: It was a mess.

PHOEBE: I think I found it funny. I kind of grew up telling a lot of white lies too. It didn’t seem as weird.

TWP: How long have you been together?

I also said I live with roommates but I actually lived with my mum. 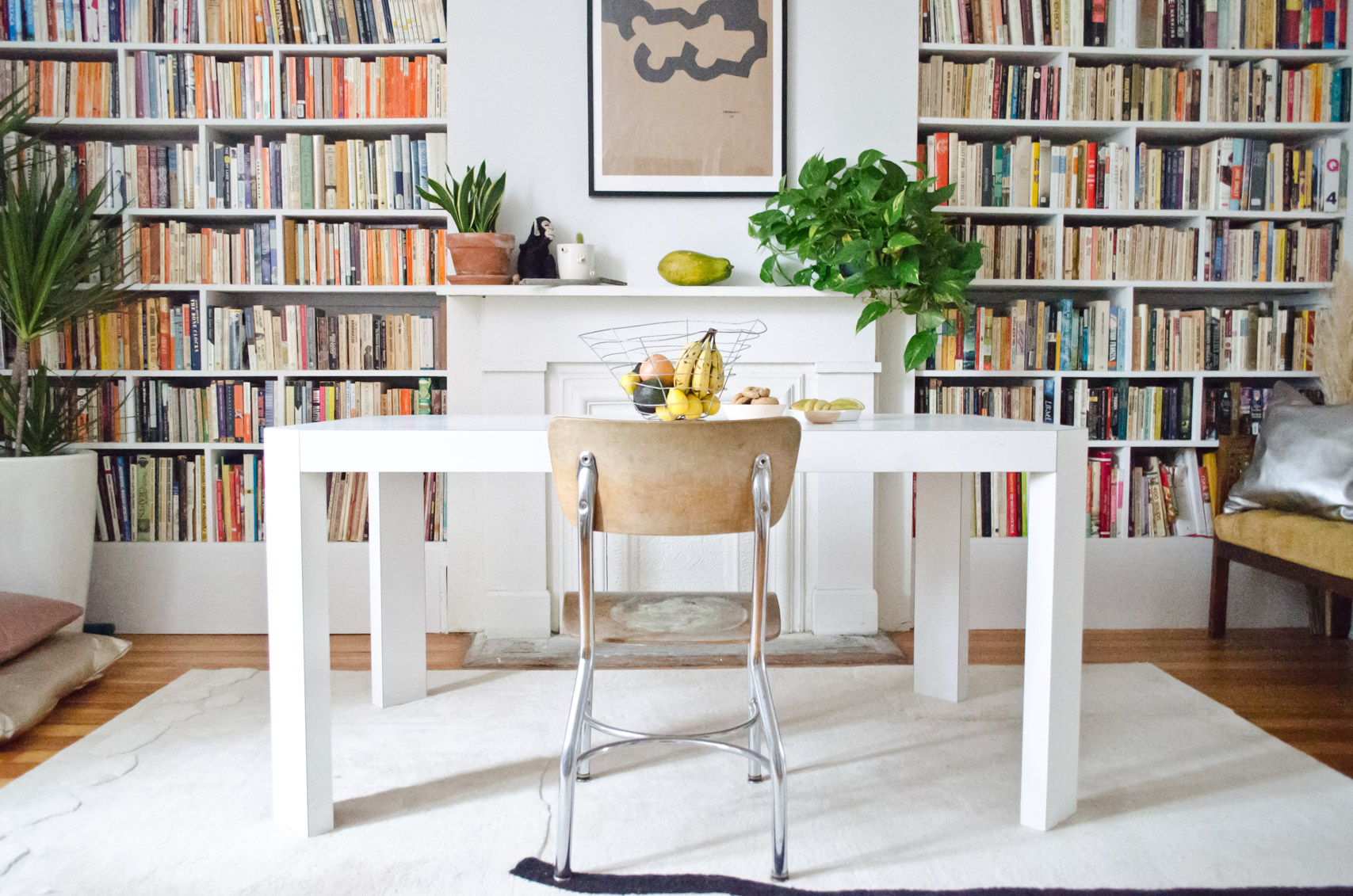 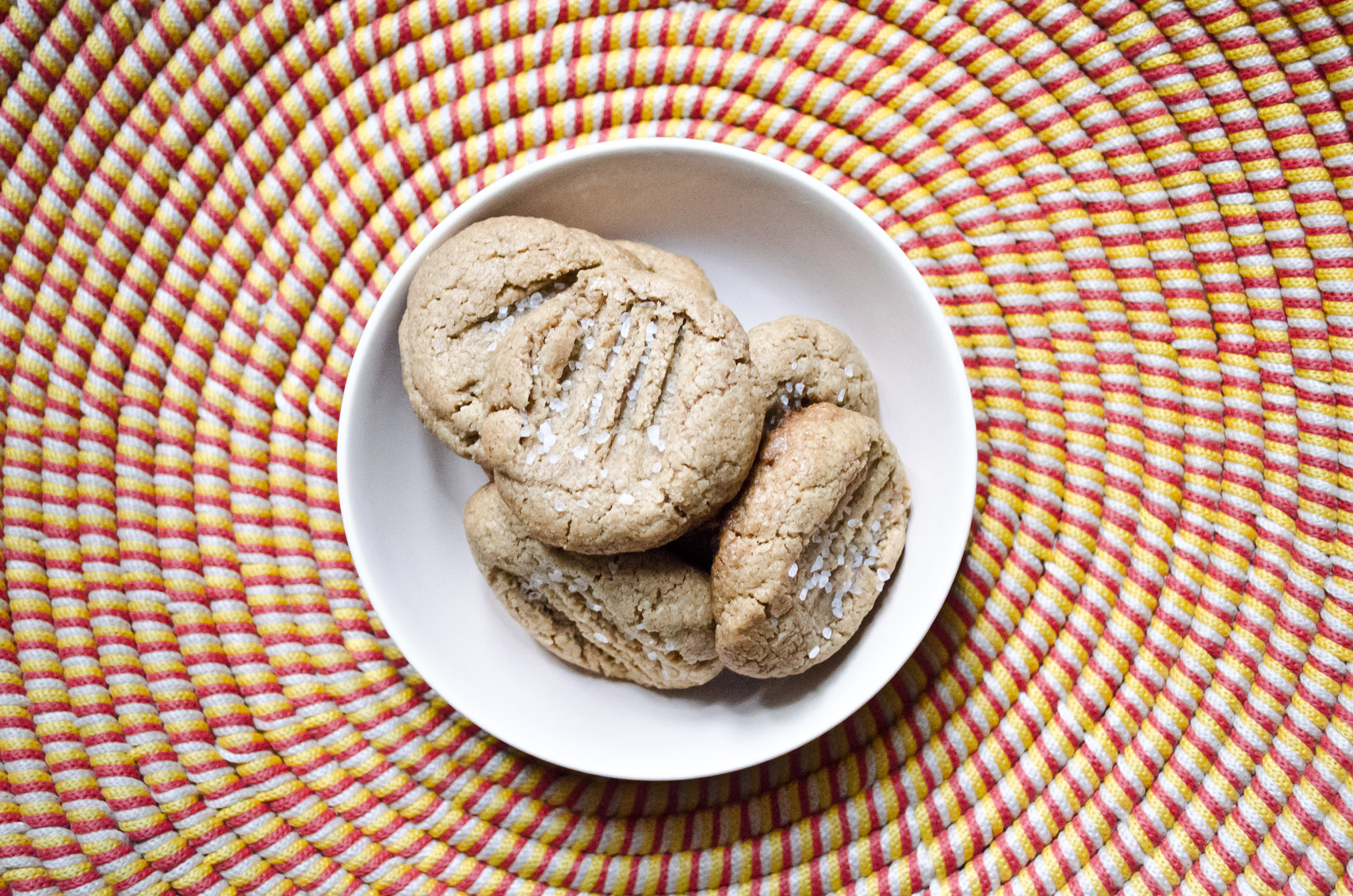 PHOEBE: We graduated and were staying in Boston kind of out of inertia more than anything else. We weren’t that into Boston. We were both working corporate jobs and the job just consisted of finding stuff to copy. Buying stuff, sending it to China. It was depressing. We started Cold Picnic to blow off steam on weekends.

PETER: We didn’t really know how to do so much stuff. We made these suede earrings.

PHOEBE: Like cave drawing type. We didn’t know how to work with metal and didn’t know any manufacturers.

PETER: We knew we had to move to New York to make it work. We freelanced on the side and really went for it with Cold Picnic. 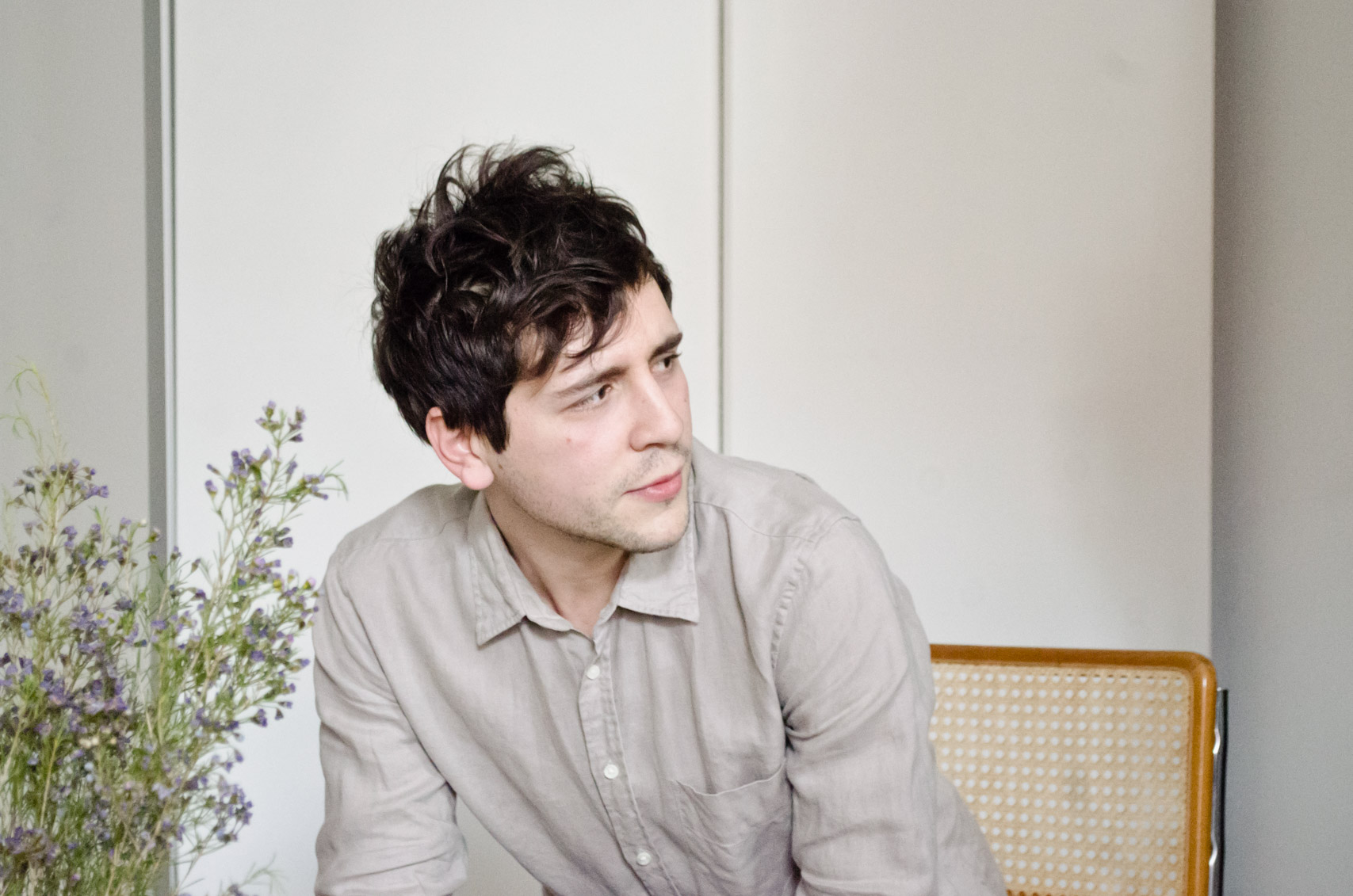 PHOEBE: It was hard once we started working for ourselves we realized we had to make it work because we couldn’t go back to a full time job. One of the things we always said was that we wanted to open a store. We did that really, really early on. Before we were fully supporting ourselves with the line we opened a store with a friend and it was the worst experience.

PHOEBE: We had it for a year. It was in Williamsburg across from Pies ‘n’ Thighs.

PETER: It was such a good spot.

PHOEBE: I think we thought it was going to be a studio situation but instead it was being in the shop trying to do work with people coming behind the counter.

PETER: And it was mainly people coming in while waiting to eat at Pies ‘n’ Thighs and blowing time.

PHOEBE: We got Philipp when we started the shop. That was the other reason we couldn’t go back to a full time job. He’s bad if you’re not around. I don’t know who would want to hire us.

PHOEBE: We didn’t really have much of a budget so we started making bags and wall hangings to fill up the store.

PETER: The home line basically came out of that. At first, we started with just jewelry. 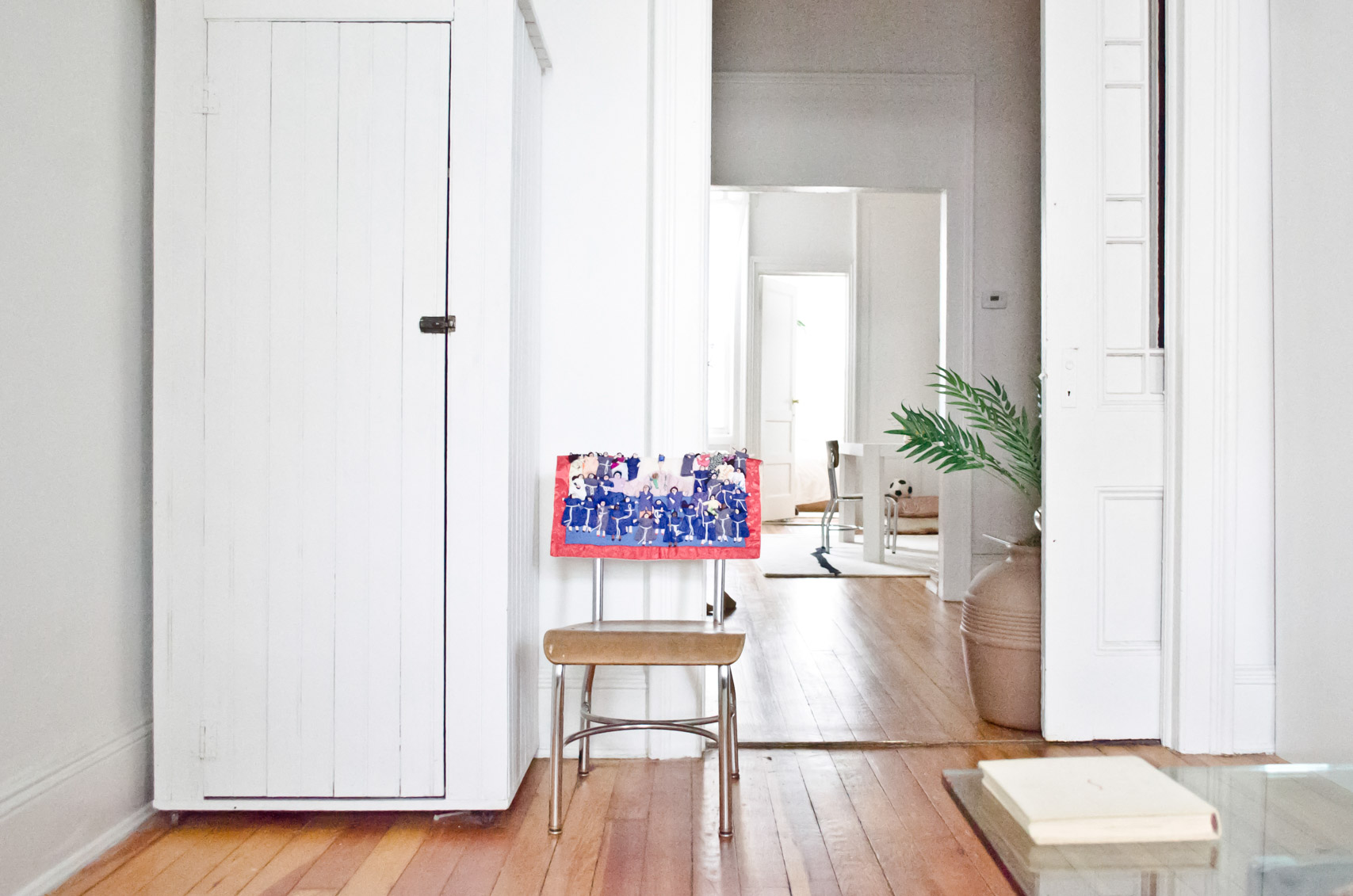 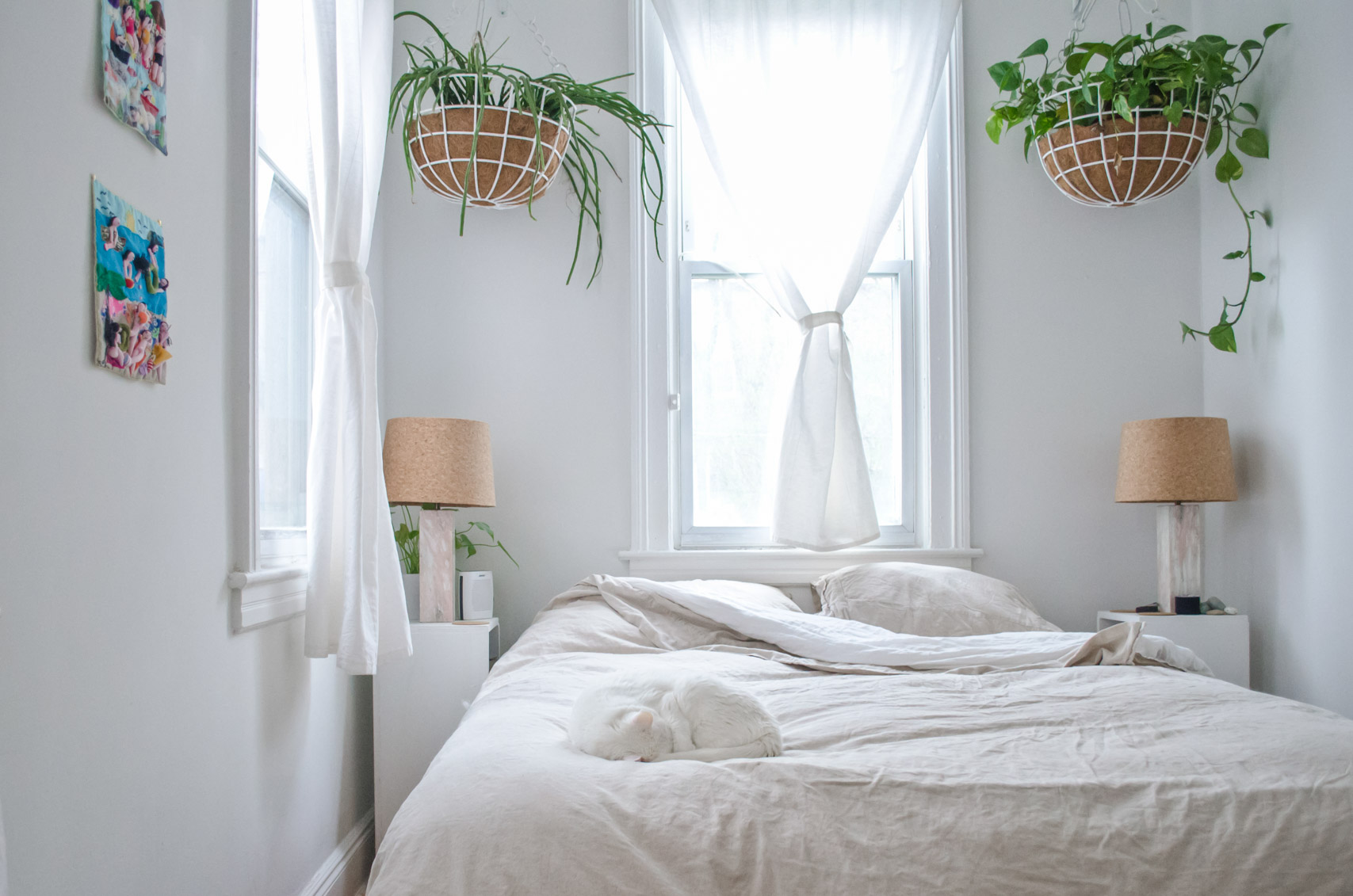 PHOEBE: You wake up earlier.

PETER: I wake up early and bring coffee for Phoebe because if I don’t she won’t get up.

PHOEBE: I like to think of myself as a morning person but I can’t get up. I like the morning when I’m up but I need a lot of help.

PETER: I actually went over to her place in college and cooked her eggs every morning...until I learned she didn’t like eggs. We check emails, pack for orders, and then we design. I design on the computer and Phoebe is more hand-drawing, pastels, that kind of stuff. We kind of get two different styles and it all goes on the computer eventually.

PHOEBE: We watch stuff while we’re working. There’s a lot of Netflix.

I actually went over to her place in college and cooked her eggs every morning...until I learned she didn’t like eggs. 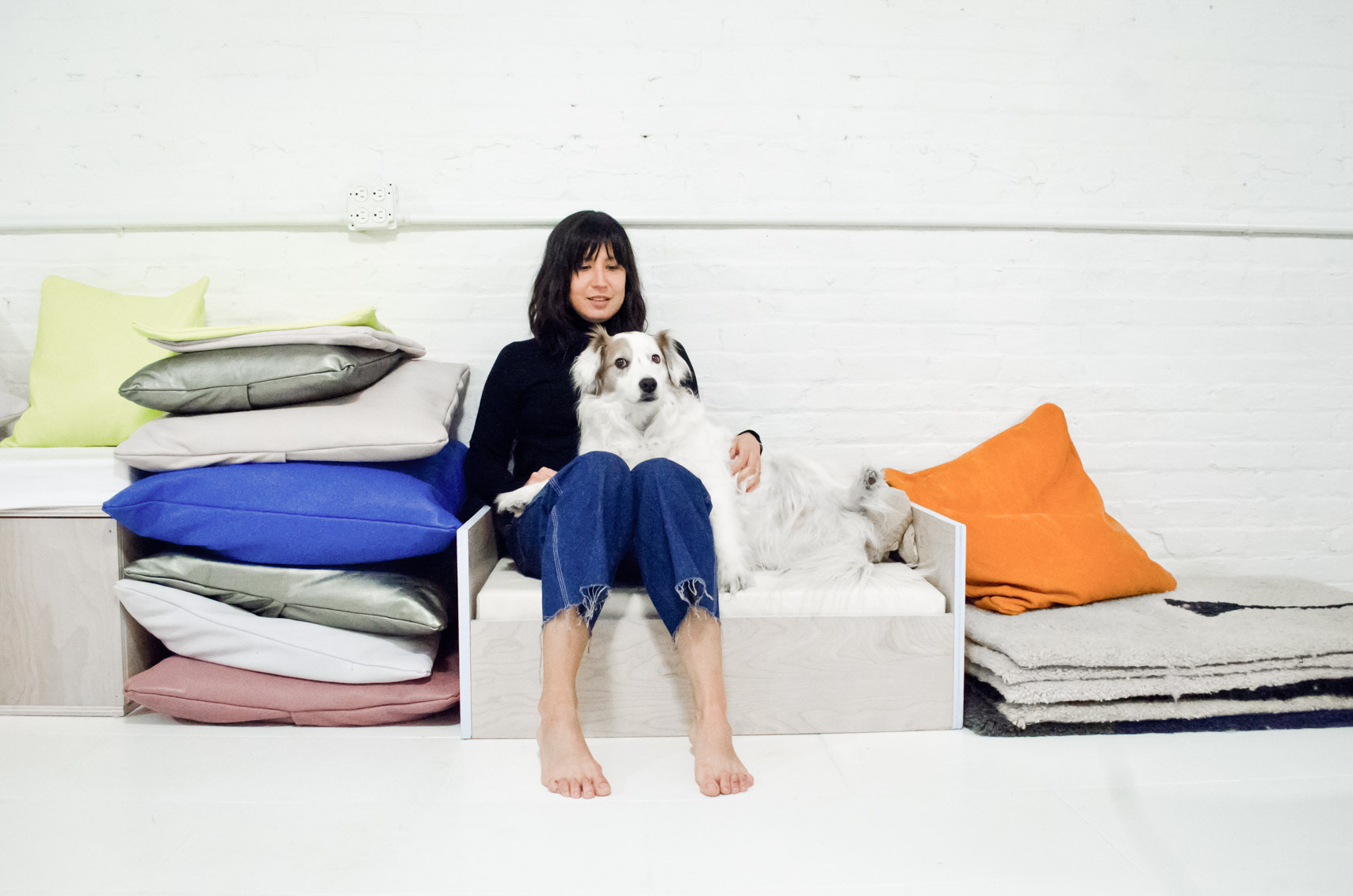 PHOEBE: Living together and working together too. You learn how to fight with your partner.

PETER: Fights don’t last very long. It only lasts like a few minutes.

PHOEBE: I never knew how to handle conflict with coworkers or friends. You don’t want to have those huge rehashes you had in college or highschool.

PETER: And designing is pretty easy for us. It’s been 10 years so. 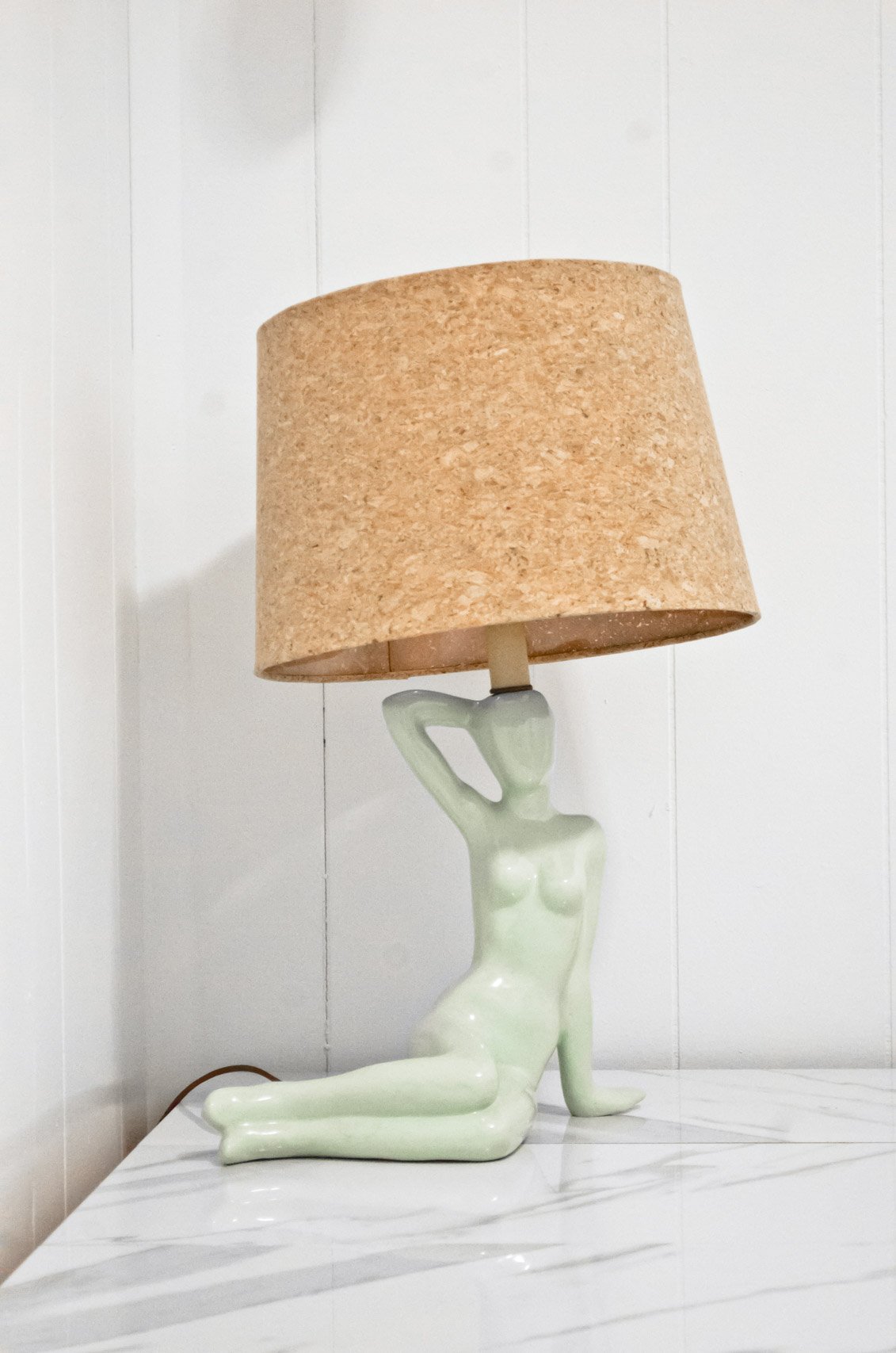 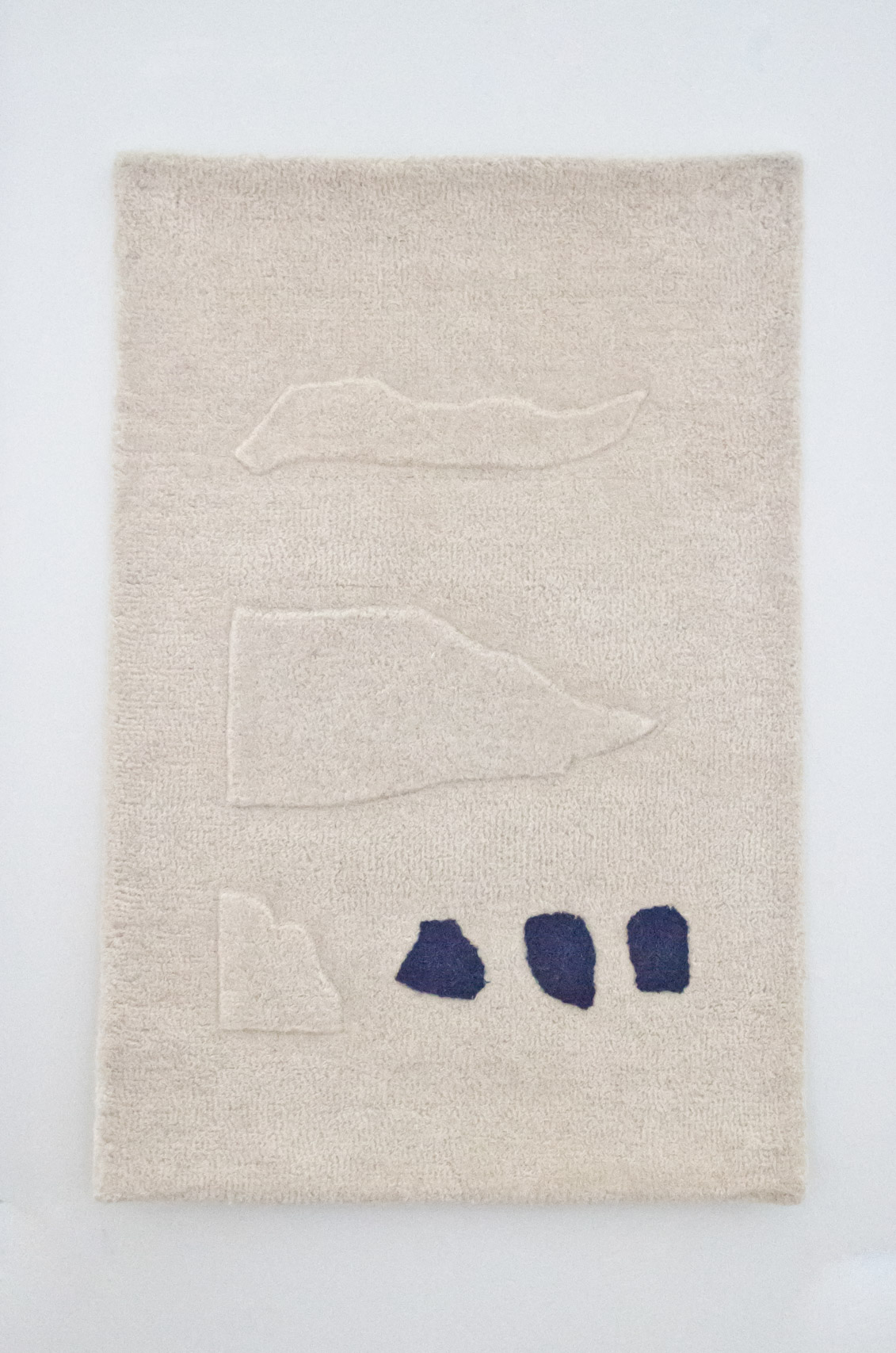 TWP: How do you stay inspired?

PETER: We have a little mood-board in the basement with our favorite images.

PHOEBE: We recently designed a quilt collection and we based a lot of them on stills from movies. Most of them are from The Passenger.

PETER: The collection is like the colors and basic imagery of it.

PHOEBE: There were a few movies we went through and just took screenshots of and had them all over the table when we were designing.

PETER: We always go to 70s movies when we start a collection. 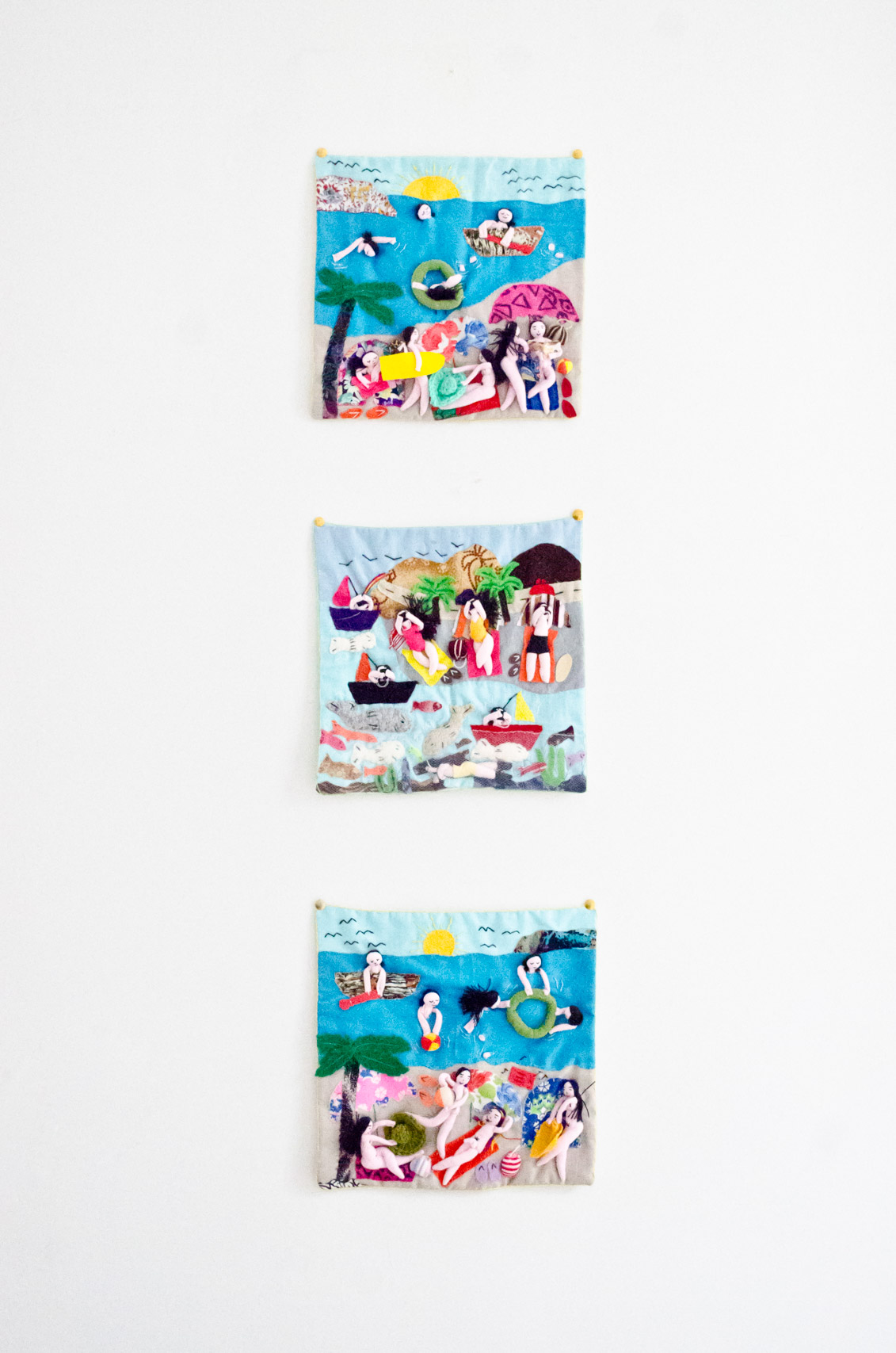 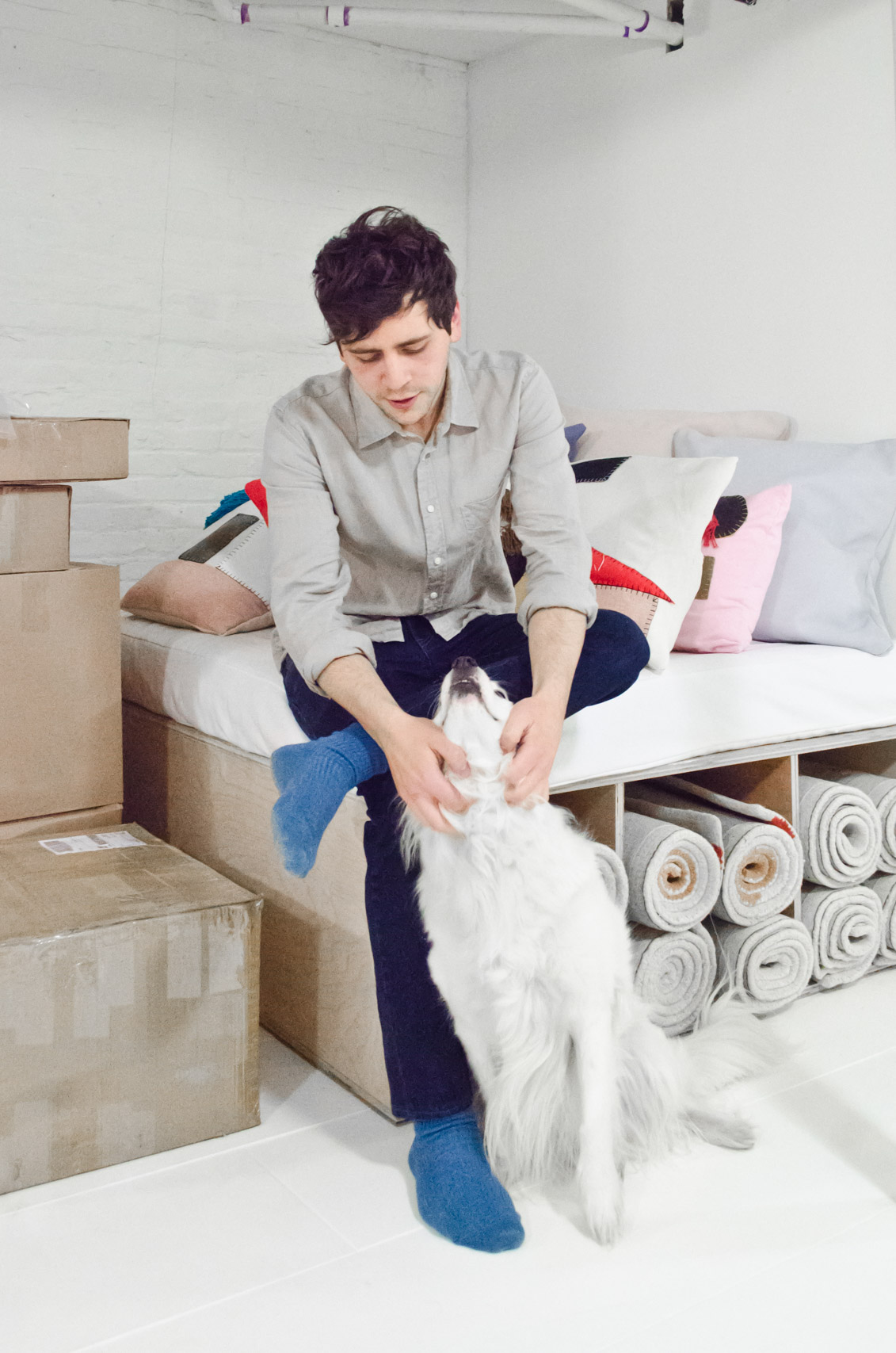 PHOEBE: We lucked out with the dog so maybe a crying baby too? We still have a long way to go with Cold Picnic. I would be happy to keep going like this but every once in awhile you wonder ‘what’s going to happen when I get old?’

TWP: Any relationship advice for others?

PHOEBE: Like with everything, I usually do what I want to do. In any relationship I’ve been in, I’ve never minded going all the way in and stepping out when it doesn’t work. 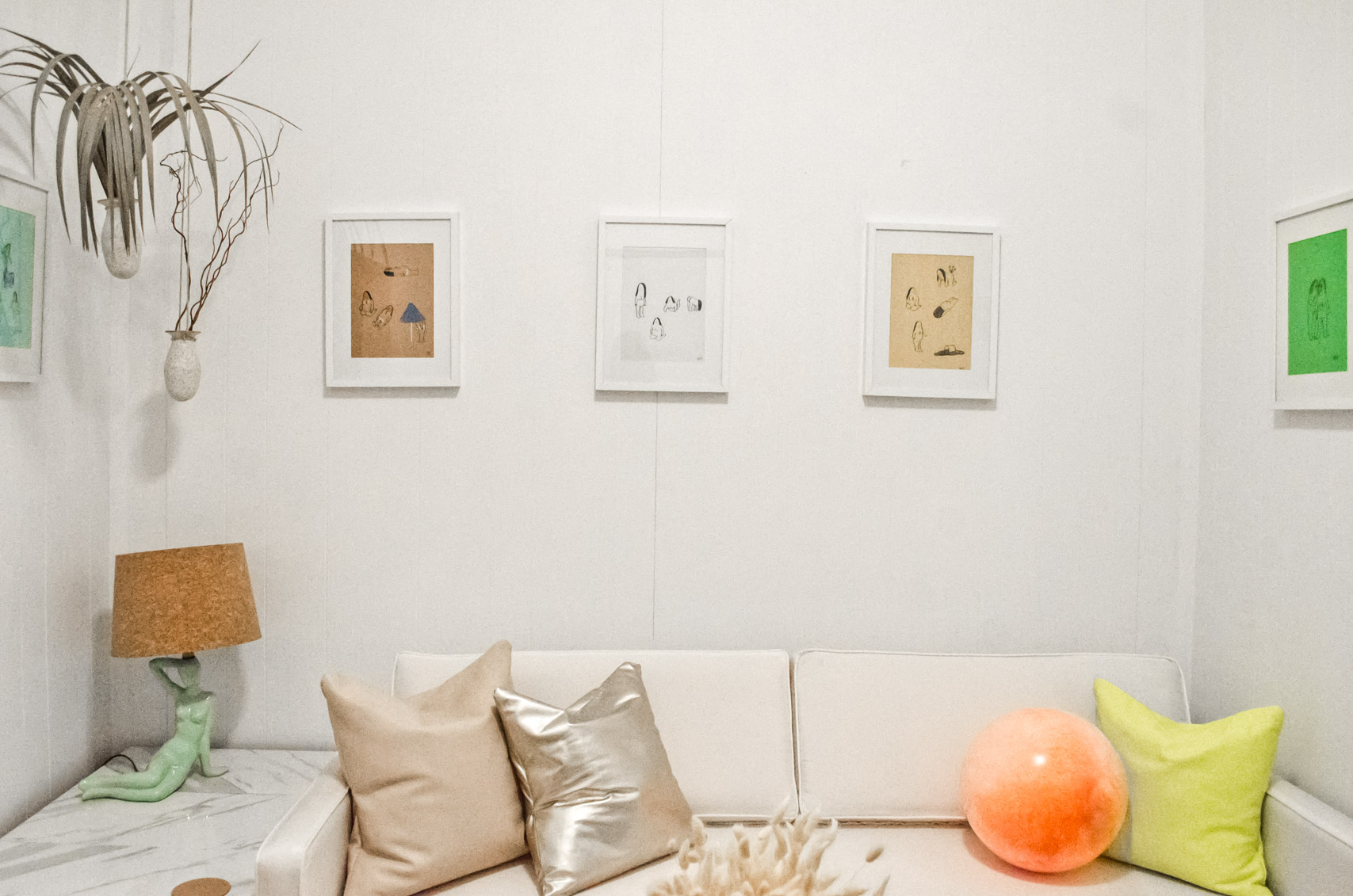 PETER: It was pretty low-key. We started talking about marriage and kids pretty early. For Phoebe’s birthdays I usually make a card so I made her a card and inside I put the ring.

PHOEBE: Well you made me two cards, it was like a surprise card. I knew that it was going to happen but I had no idea when. It was right after we got Philip. We had been talking about getting married for so long that it wasn’t such a big deal.

PETER: It felt like we were married at that point anyway.

PHOEBE: We had been living together since a few months after we started dating. So people would be like ‘congratulations’ and I always assumed they were talking about Philip.

For Phoebe’s birthdays I usually make a card so I made her a card and inside I put the ring.