Caroline is a food stylist and artist, while Joel is known in the art direction and design world as Forest. Interviewed in Brooklyn, right before the two moved and got married in 2014. 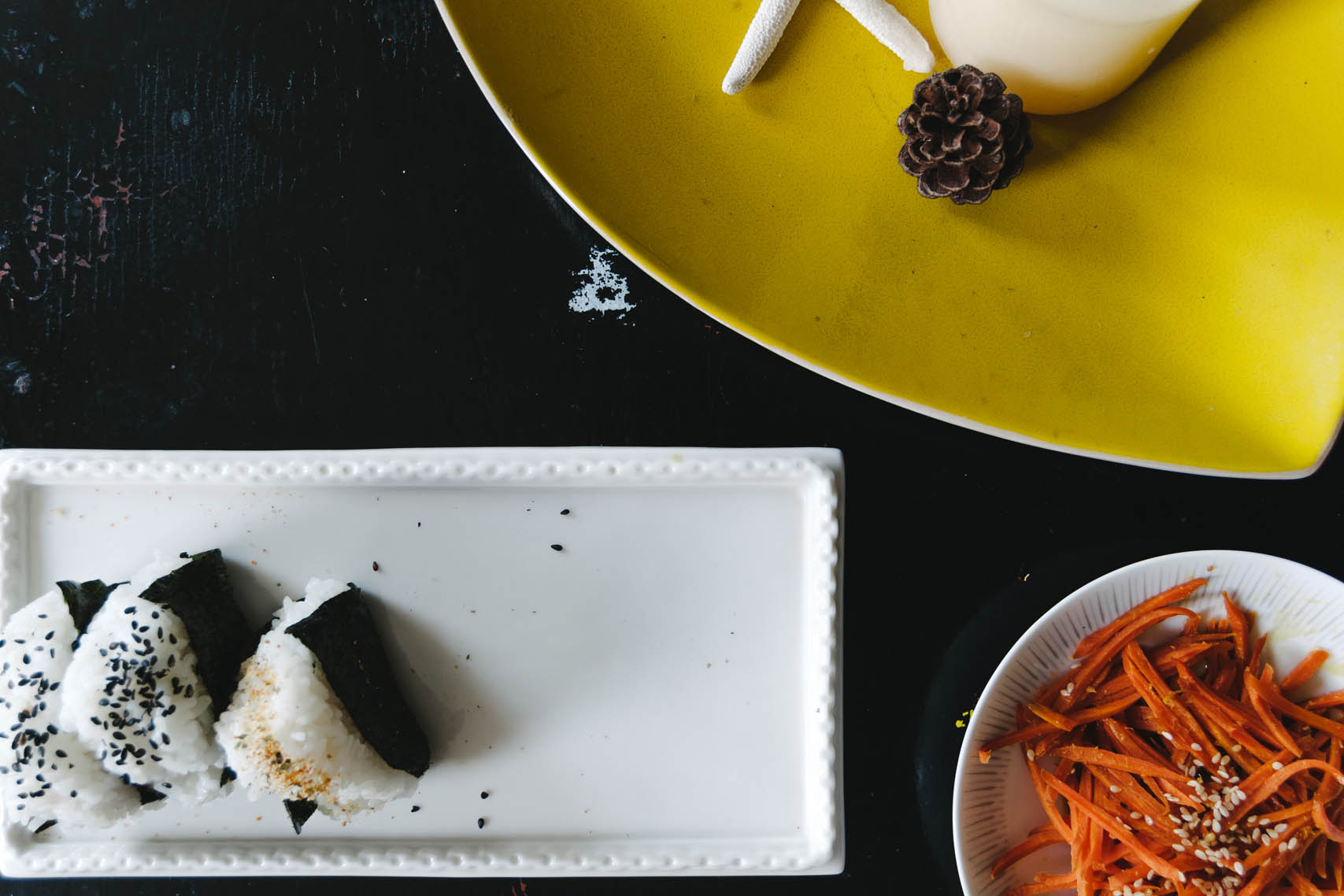 Joel: There’s nothing else that I would want to do for a career. In New York you can get super integrated into that culture. I can do that and I can get work here, but I also prefer to stay on the edge of being a part of that culture. Most of my friends happen to be artists, designers, and illustrators — and that’s fine — but it's not everything to me. 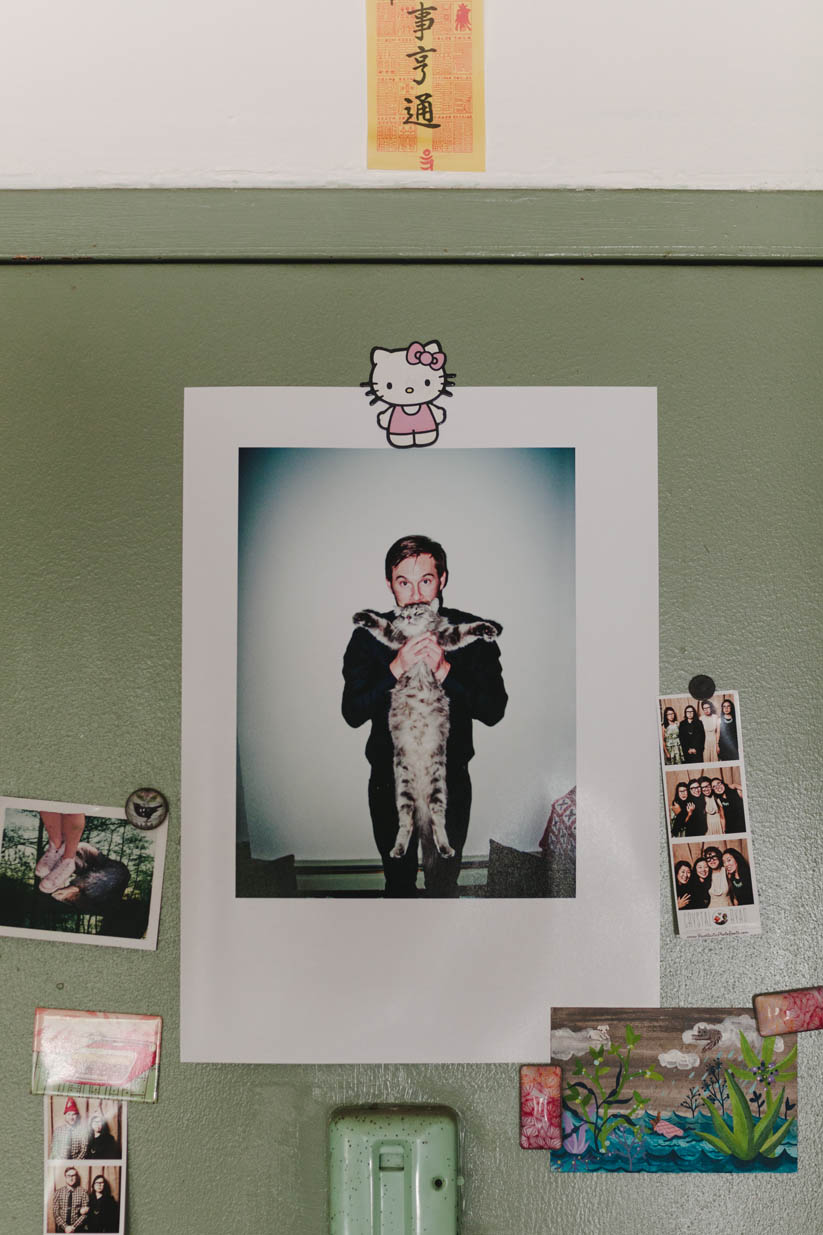 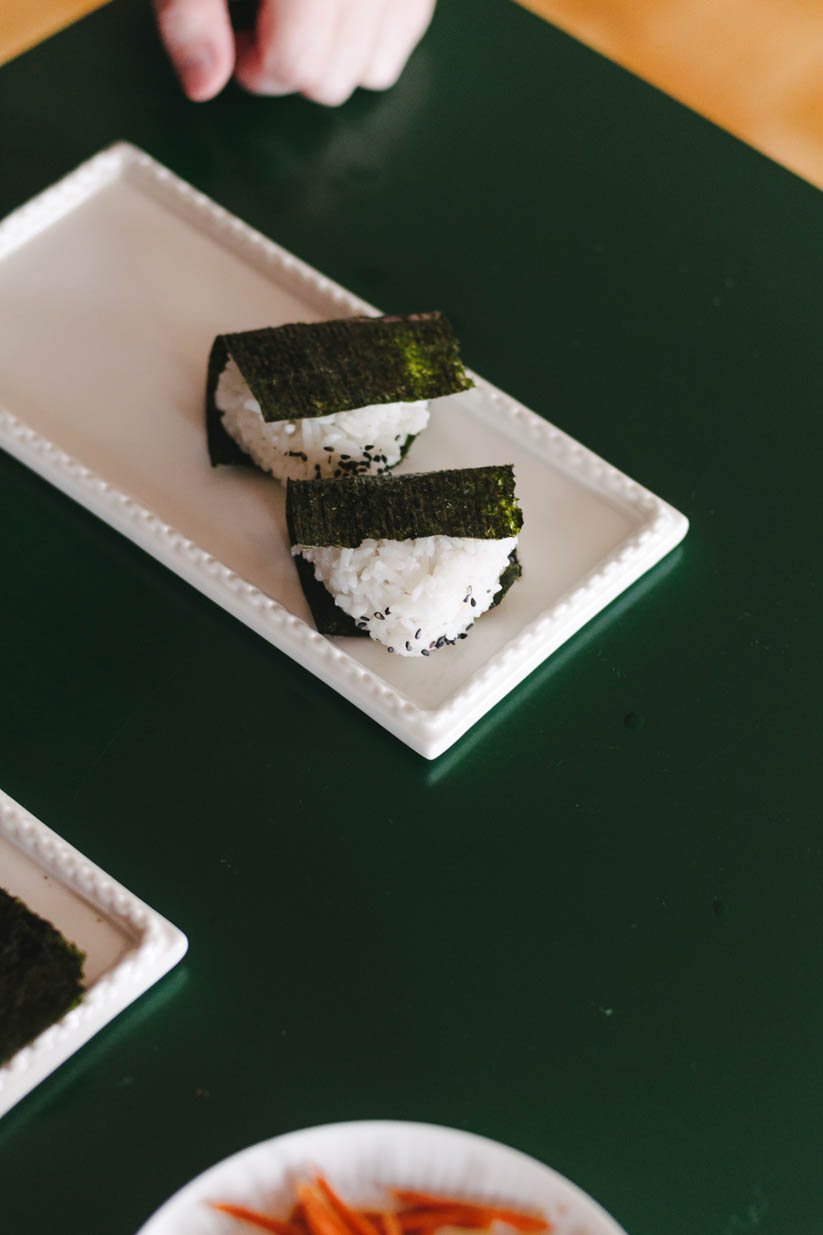 Caroline: I think that’s the great thing about Joel. I do see other relationships where the boyfriend or girlfriend works all of the time and they don't see each other. Joel’s made it very clear to me that he will stop working at a certain point so that we can spend time together. I mean he’s made fun of people where he’s like, that person doesn’t have their priorities straight. But, it’s true. You have to stop working to work on your relationship. 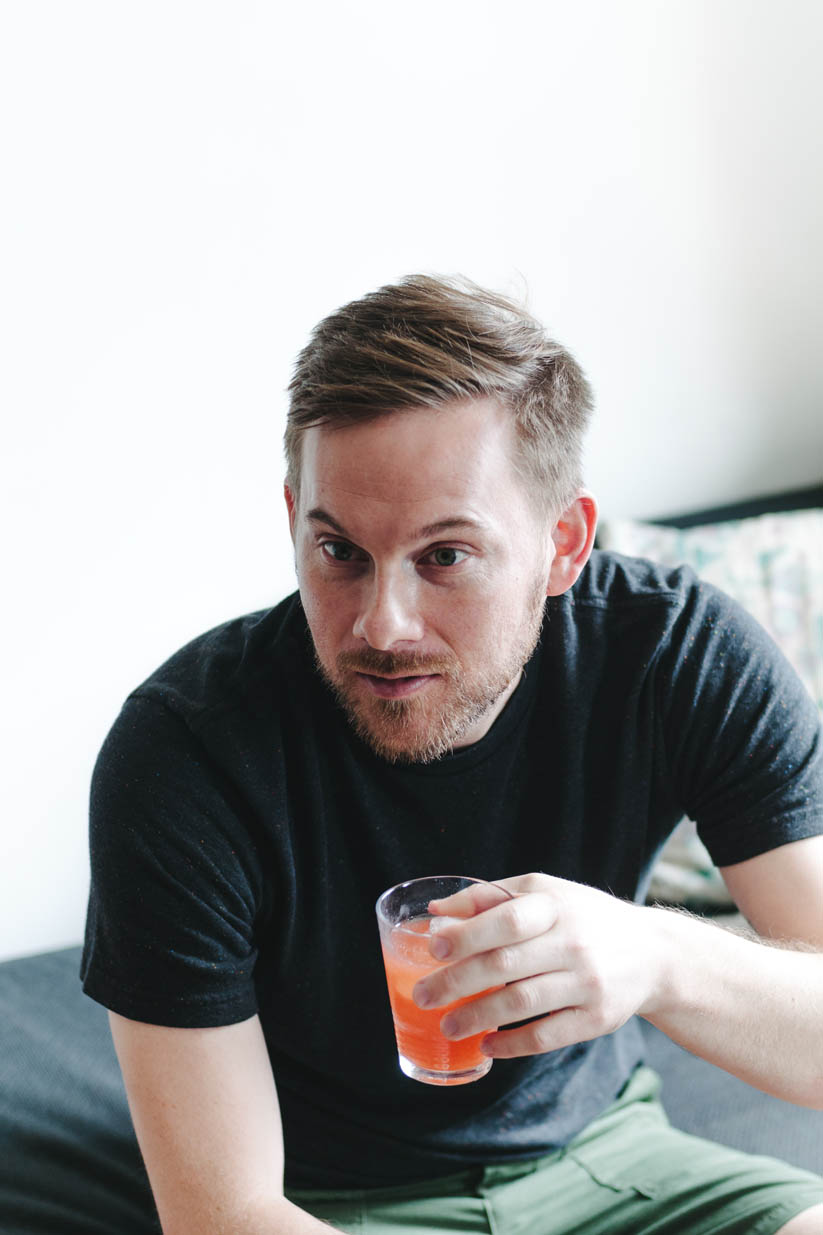 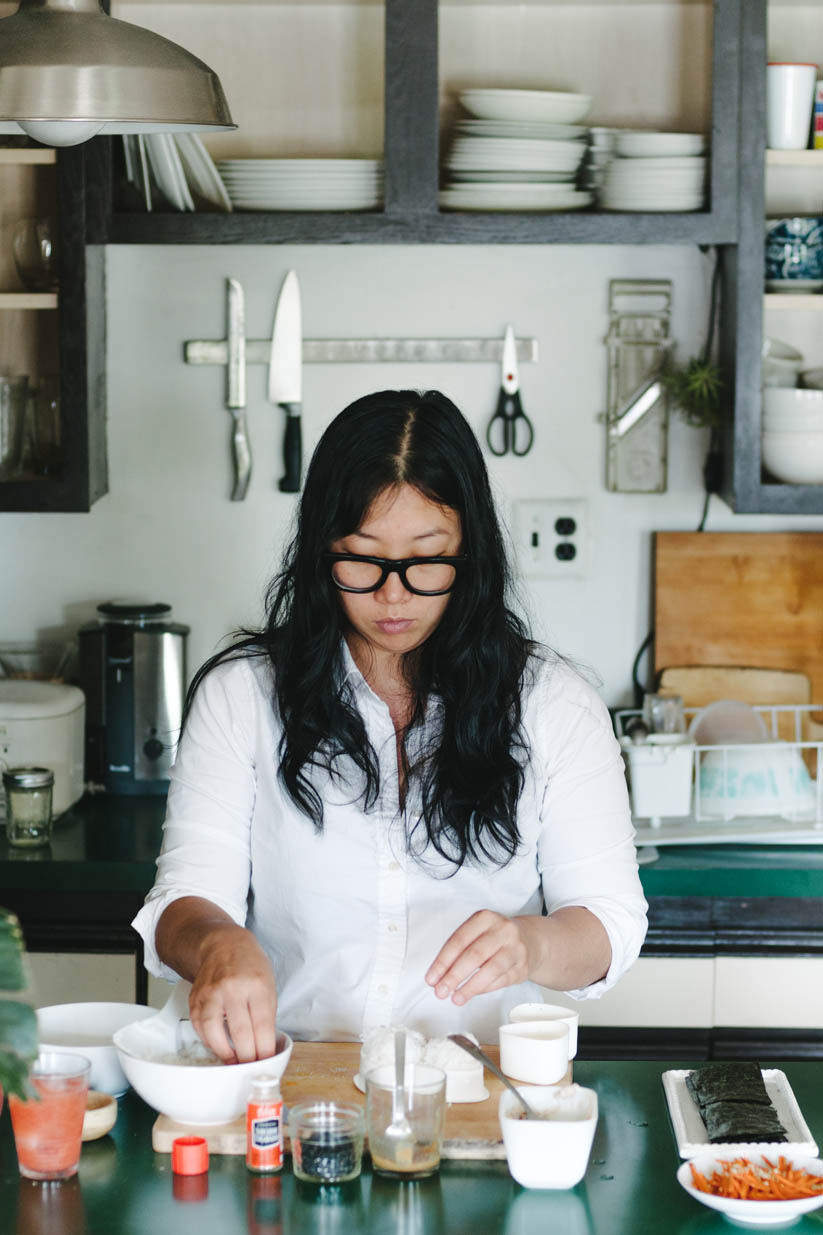 Caroline: Well, he won’t go to comedy shows because he doesn’t like to laugh.

Joel: Ya, I won’t even go just to go. But I like romantic comedy movies, it’s probably my favorite genre, but like stand-up comedy?

Joel: What’s — who’s the actor I like a lot? He’s in every British movie —

Caroline: I will say, those are the endearing qualities of Joel that I absolutely love. It would be very hard to find anyone else like that, that loves all those things. And he’s actually serious about loving those things, so, as funny as it is, it's part of what I love about him the most. 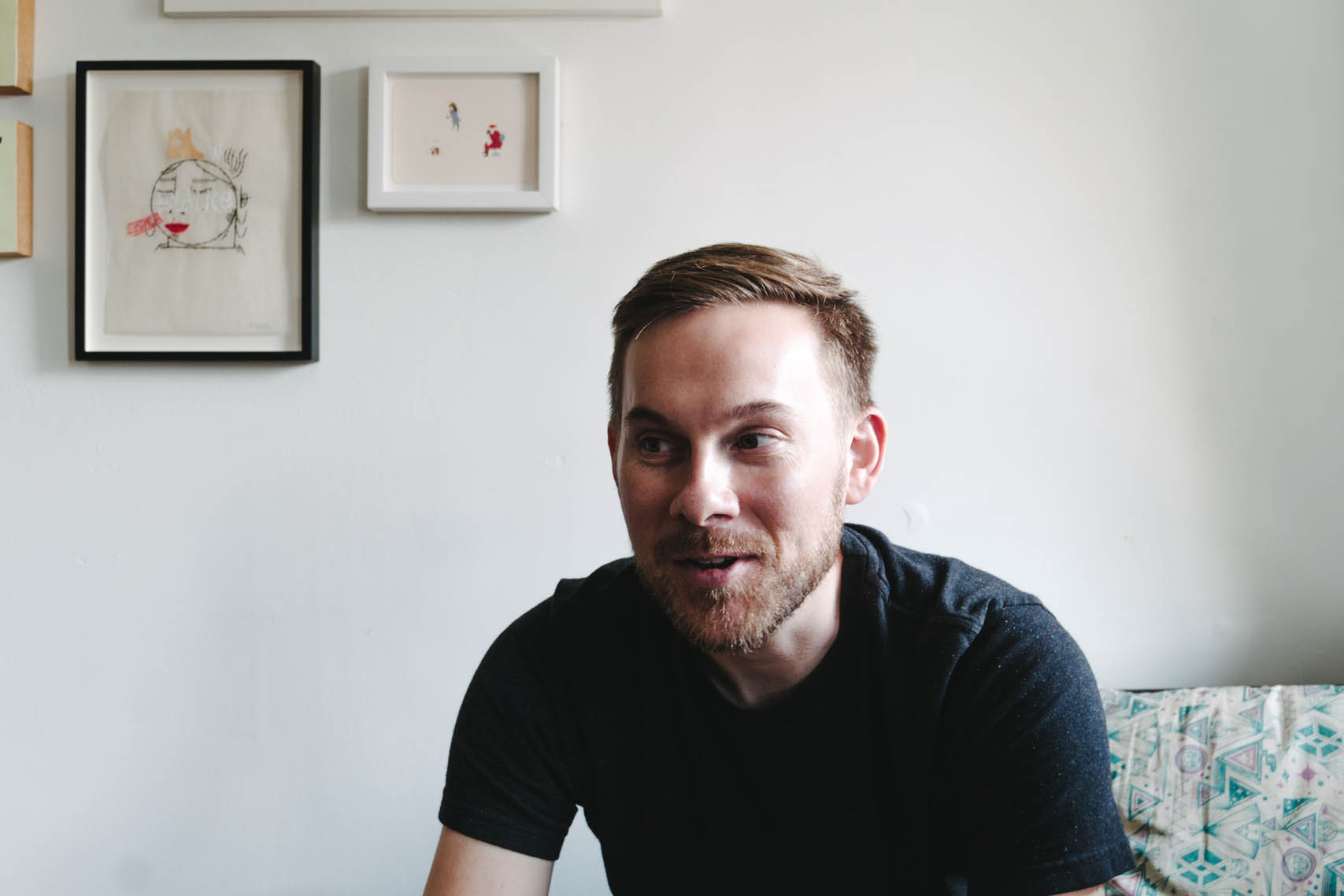 Caroline: I knew I always wanted to be an artist, something to do with the arts. I wanted to do set design initially and then decided I liked drawing more. When I applied to art school I ended up in the illustration department, but I preferred doing art for galleries. It’s been a weird process of battling between the two. We basically met through my art. So, he was a fan of my art? (laughs) When we started dating I stopped making my fine art work. He was a little disappointed that I wasn’t making it and kept, not exactly encouraging me, but he wanted me to make it more. When I recently started making it again he was really, really excited about it. Now I split my time between making art and food styling. 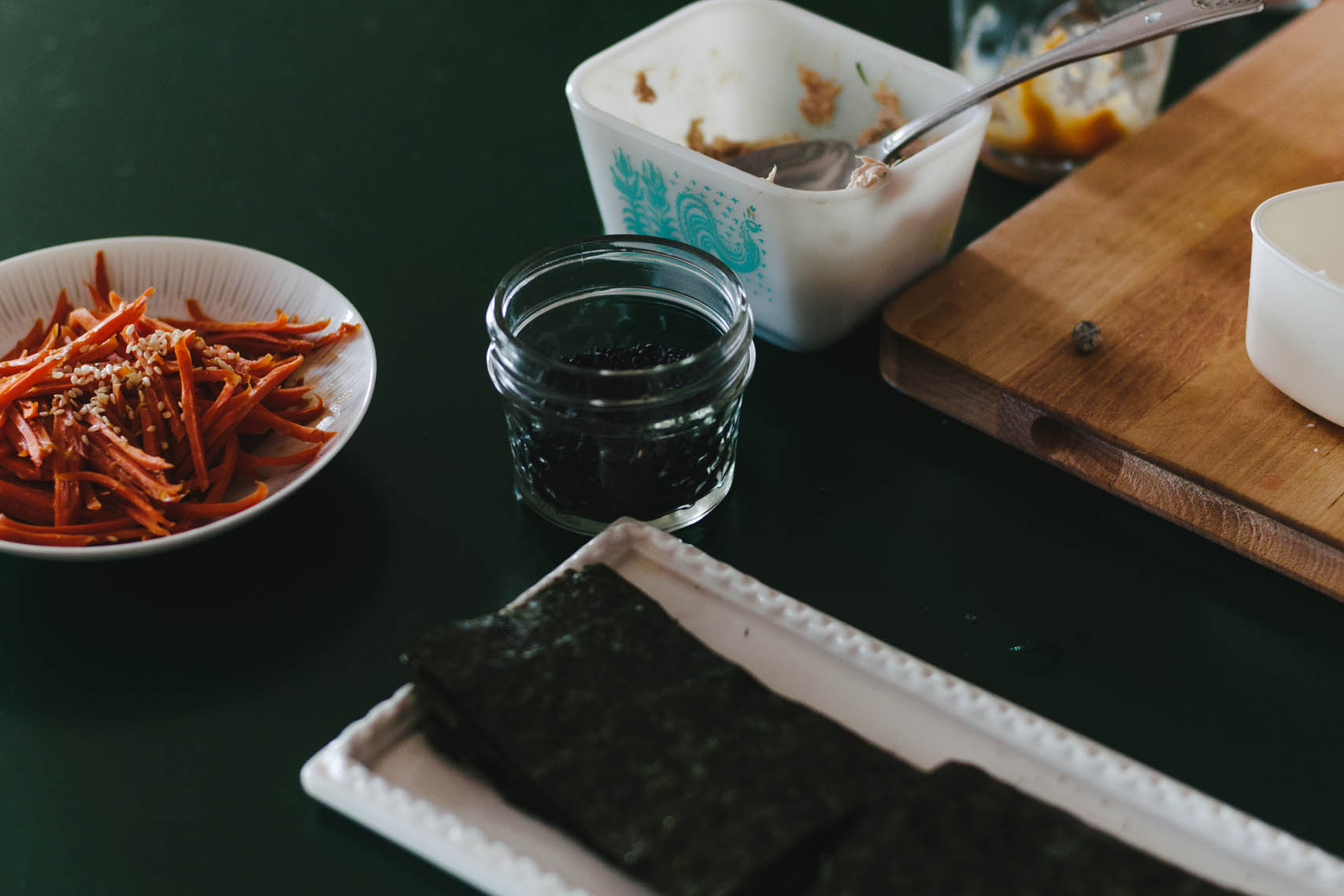 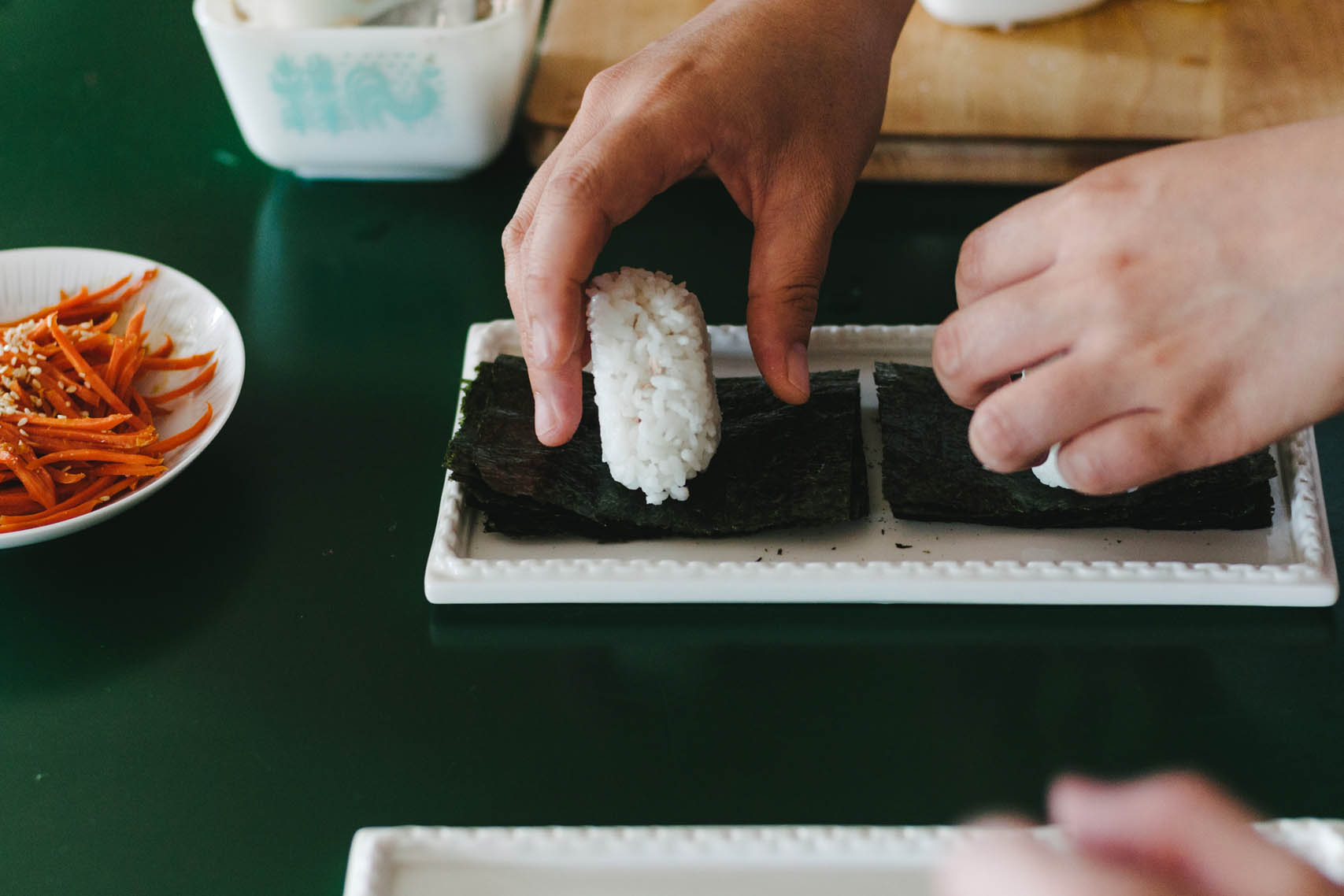 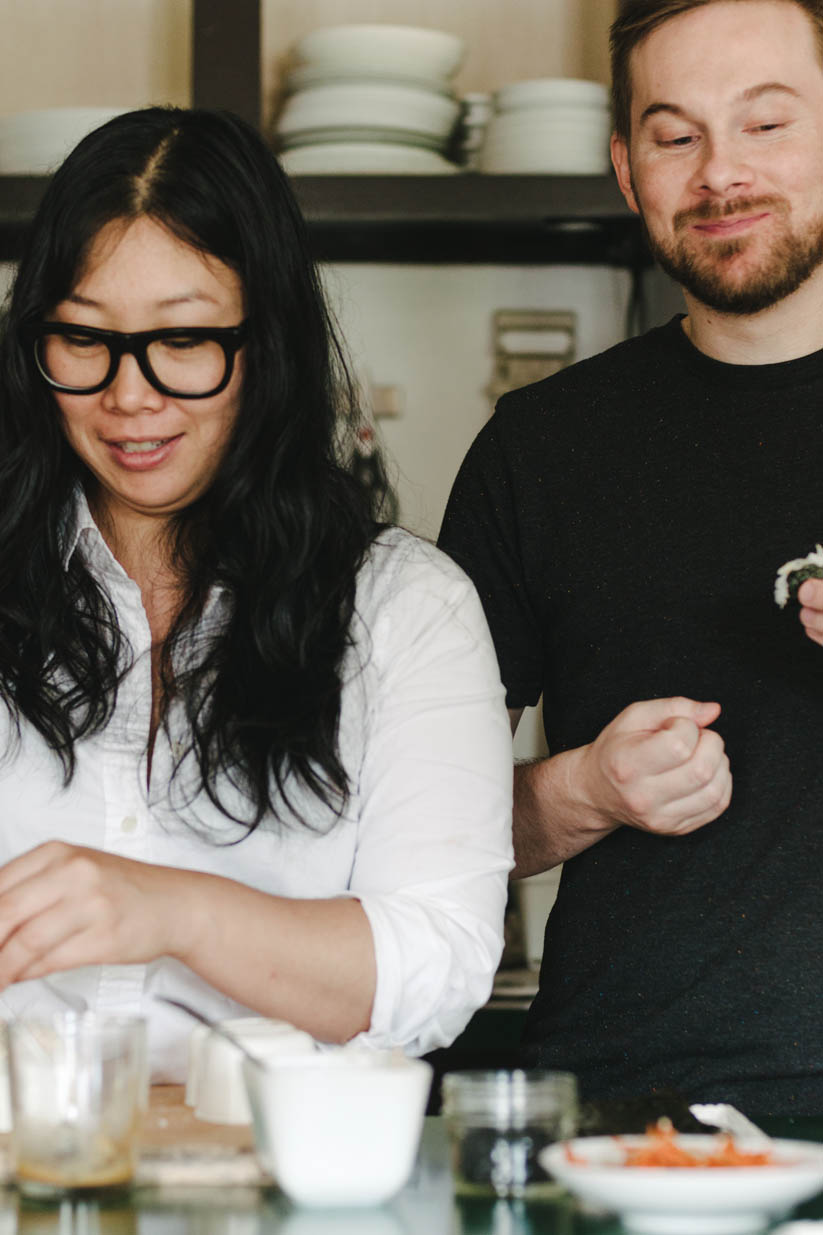 Joel: We have worked together, more so on personal projects. She made an illustrated cookbook series that I designed. That was really fun and it was a good first experience, because we were working with other people, too, it wasn’t just the two of us.

Caroline: We’ve never worked together in the sense of him art directing me, because I don’t know how I would deal with that.

Caroline: It’s been really interesting because we had to figure out how each other works (in a professional/creative way). And we figured out that we can actually work together. We have the same values, the same work ethic. That was fun to realize together.

Joel: We’ve also been working together on a gallery project we founded with five other people, called Beginnings —. But that’s coming to an end. 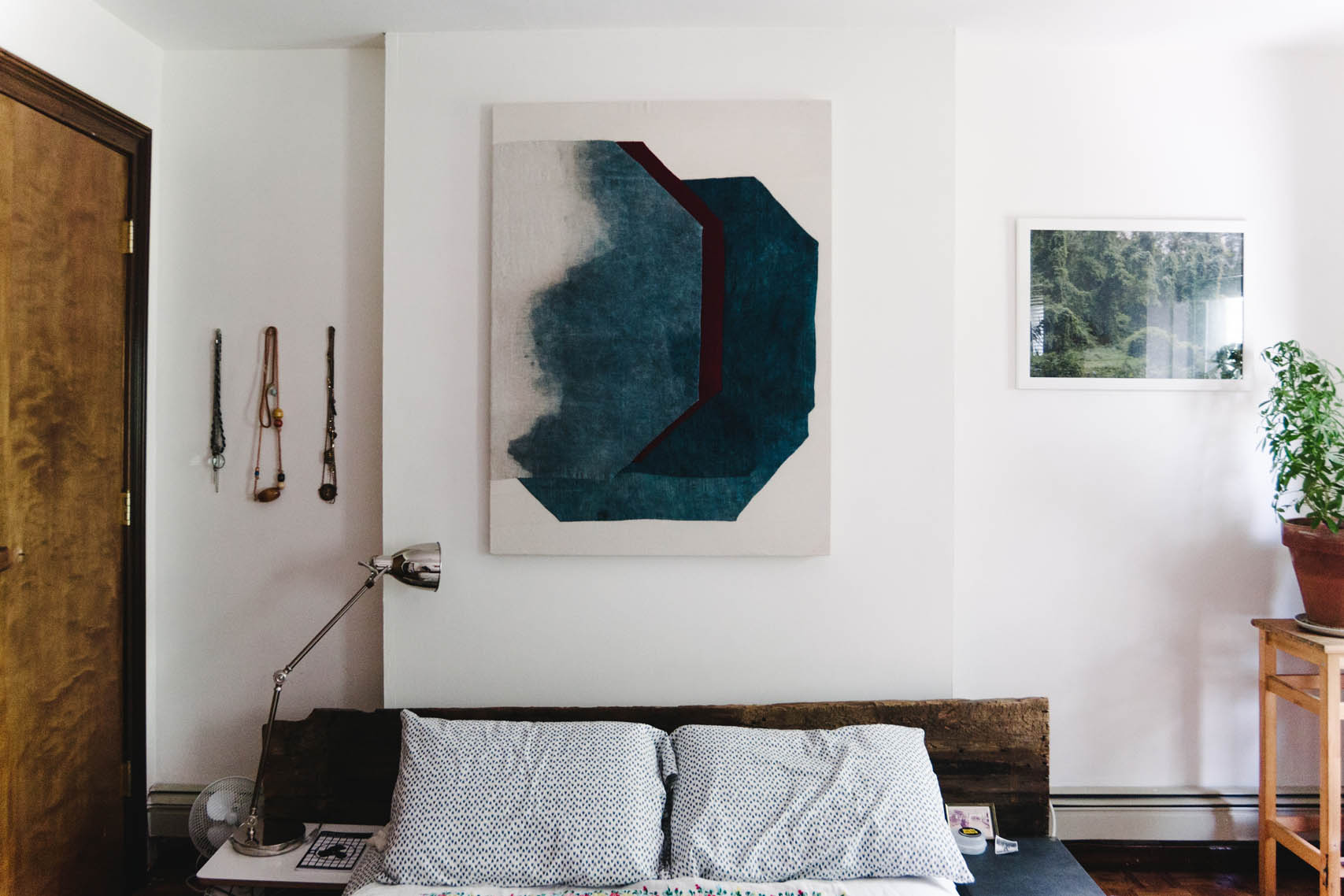 TWP: Did you fall in love with Joel the second you met him?

Caroline: He was desperately in love with his girlfriend at the time, which is what he has always done. When we met over five years ago we just liked hanging out together. Then he came to New York to see if he wanted to live here, and we spent a night together. We had a really awesome and fun night doing things in New York that normally I don’t ever do. And then soon after he moved here.

TWP: Joel, did you move here specifically for this relationship?

Joel: It helped! I was ready to leave LA. I wanted to hang out with people I didn’t really know to see what it would be like being in New York. But, I did know when I was coming here we would hang out, which was cool. So, that night was pretty awesome. That wasn’t the first time I met her though. It was kind of like we re-met. I don’t want to say I knew, but I knew we would hang out more. That was obvious. I think we’re both skeptical people in general.

We just liked hanging out together. 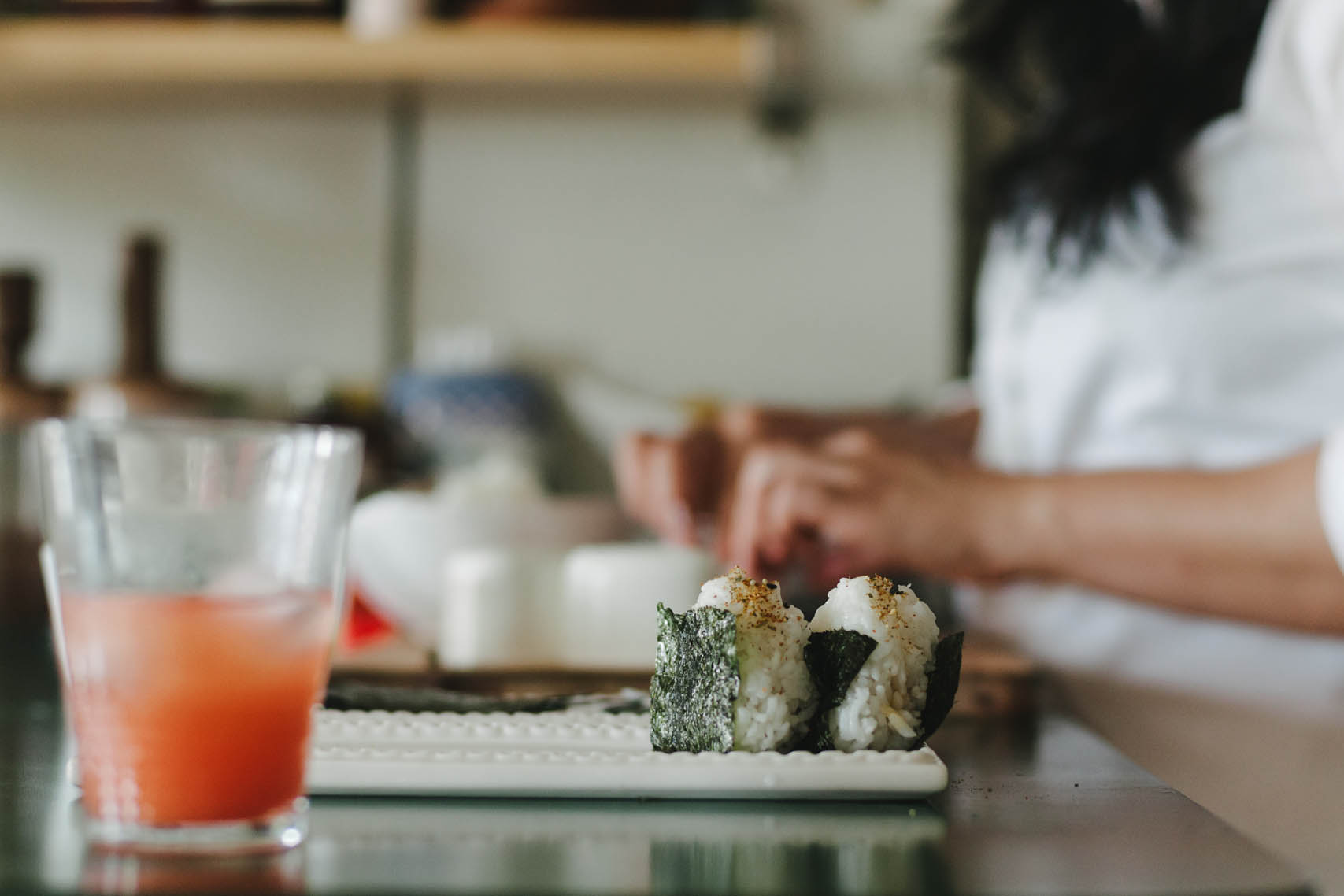 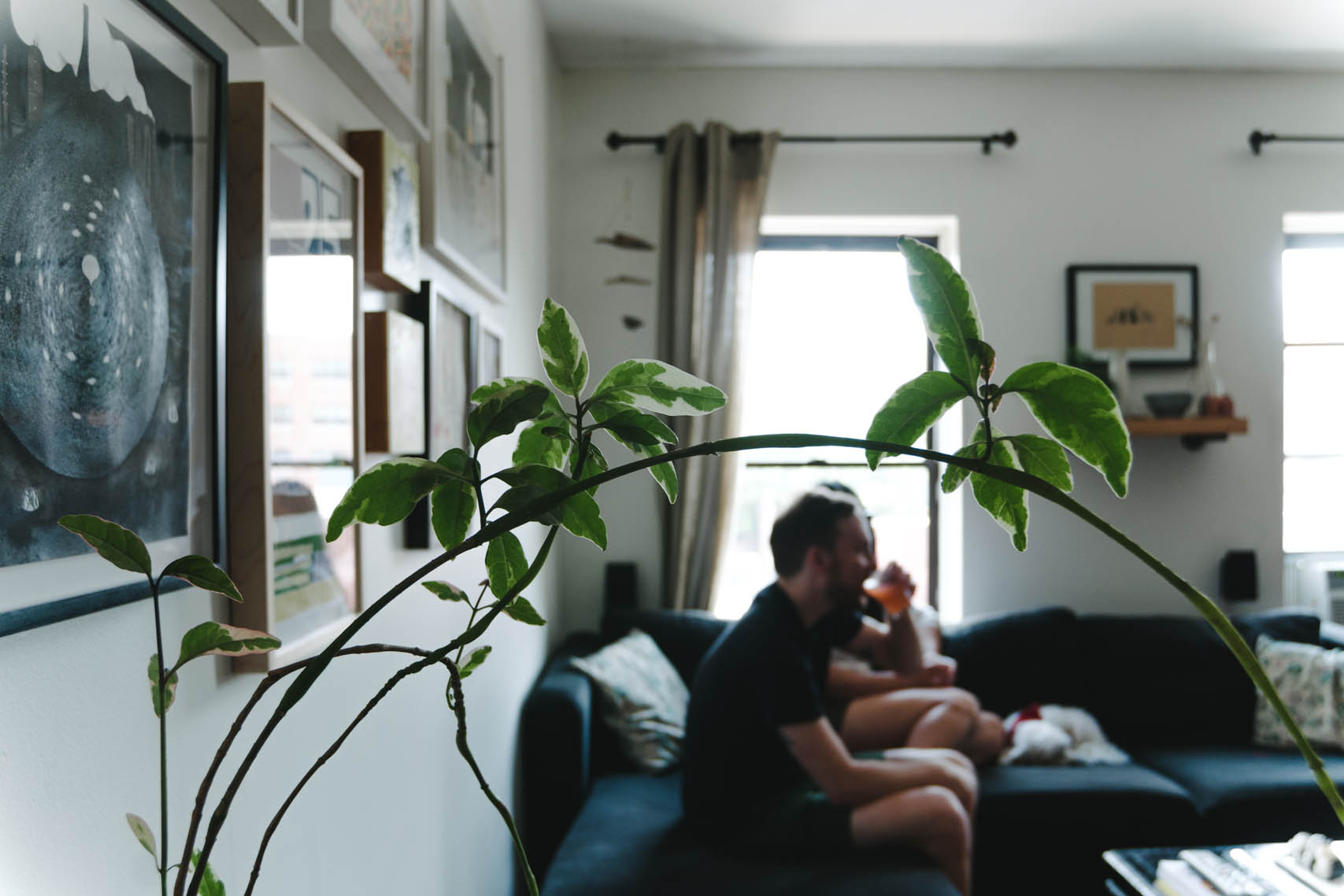 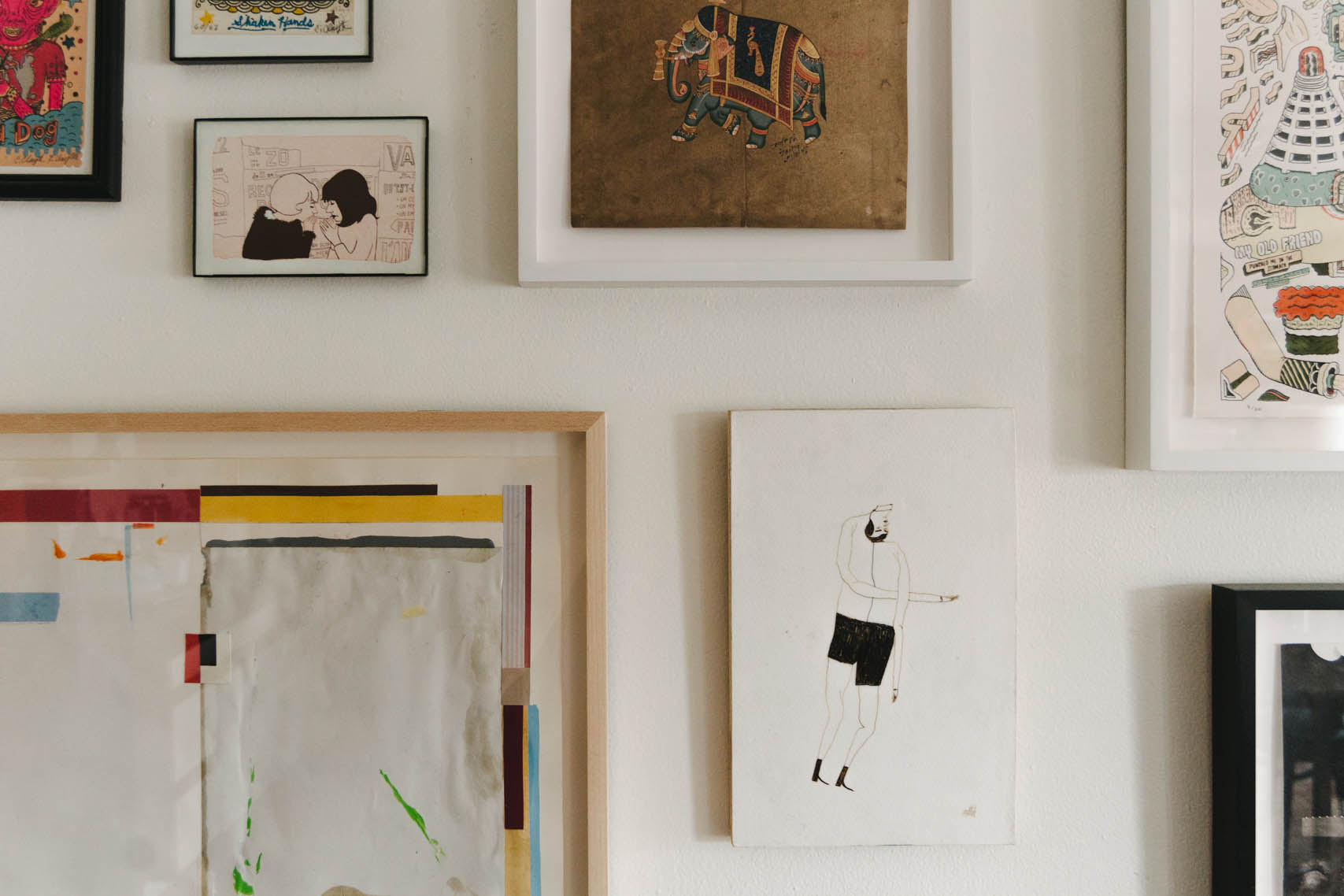 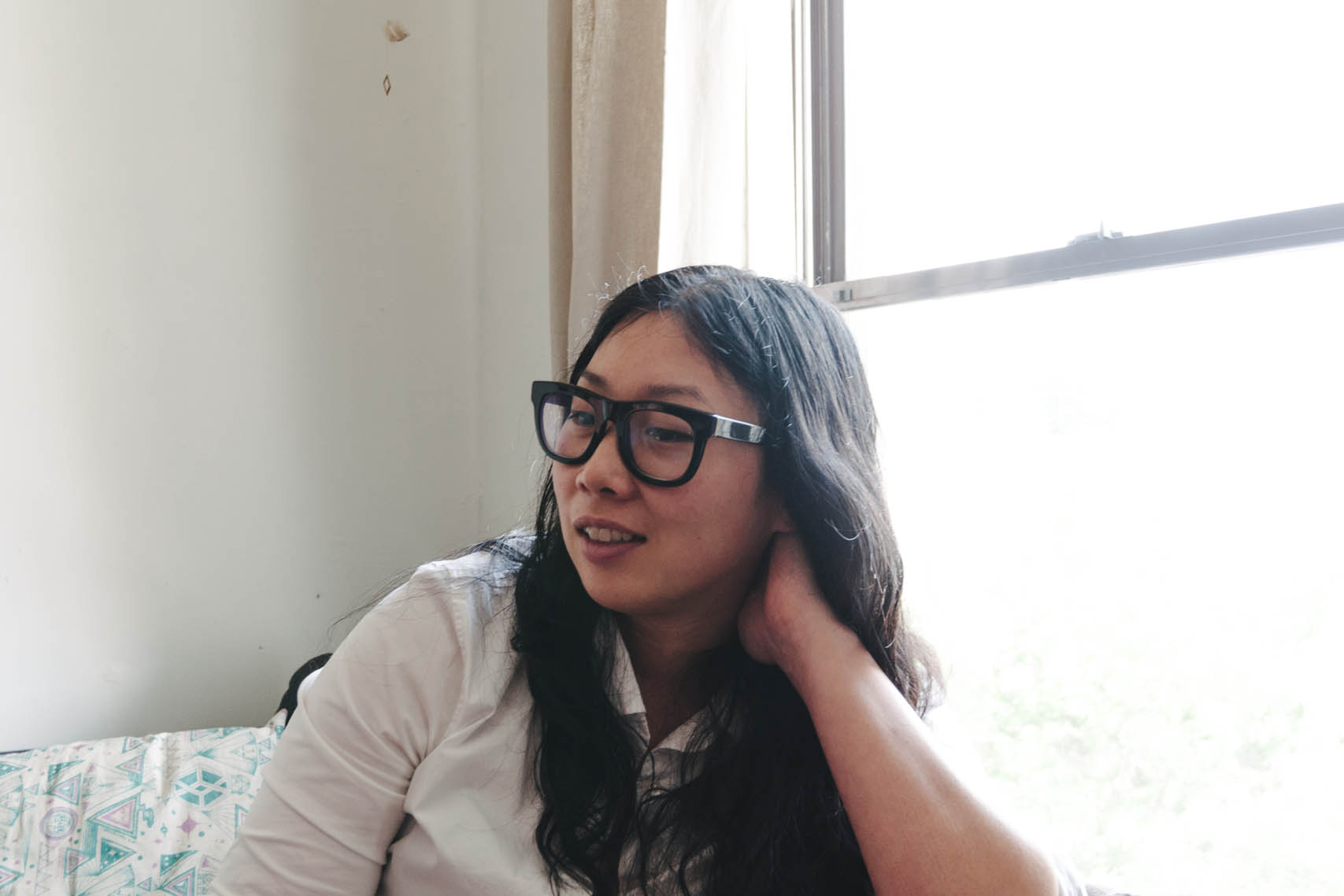 Caroline: We’re almost the opposite of each other. He’s really orderly and really neat. Everything has to be proper and set, and I’m more flexible and laid back about things. It's all about finding balance. Balance helps a lot. I don’t think I could be with someone that was like me. He helps me in ways that I never would have realized, you know?

Joel: I think we’re both really good at being a couple — especially around other people, we’re super relaxed. There are couples that are, you know, need to be around each other all of the time and are maybe slightly annoying when you’re around them, stuff like that. We’re super into hanging out with each other, but we also do whatever we want. Which is super important. I was used to focusing completely on whomever I was with. And it’s been really nice because Caroline’s so much more laid back, it’s not all about us all of the time. We’re into similar things, I think you need that too, but we’re definitely opposite in many ways.

Caroline: He’s more of a romantic than I am. Joel I think is like the woman in the relationship, and I’m the man. Like emotion-wise. He wants to do all of the lovey-dovey stuff and he wants to cuddle and he likes one of my pet peeves, same-side seating.

Joel: She’ll never do that, ever. But somehow we make it work. (laughs)

Caroline: I’m just like "ugh" about a lot of things and he’s like, “But they’re so sweet.”

Caroline: He is the little spoon. 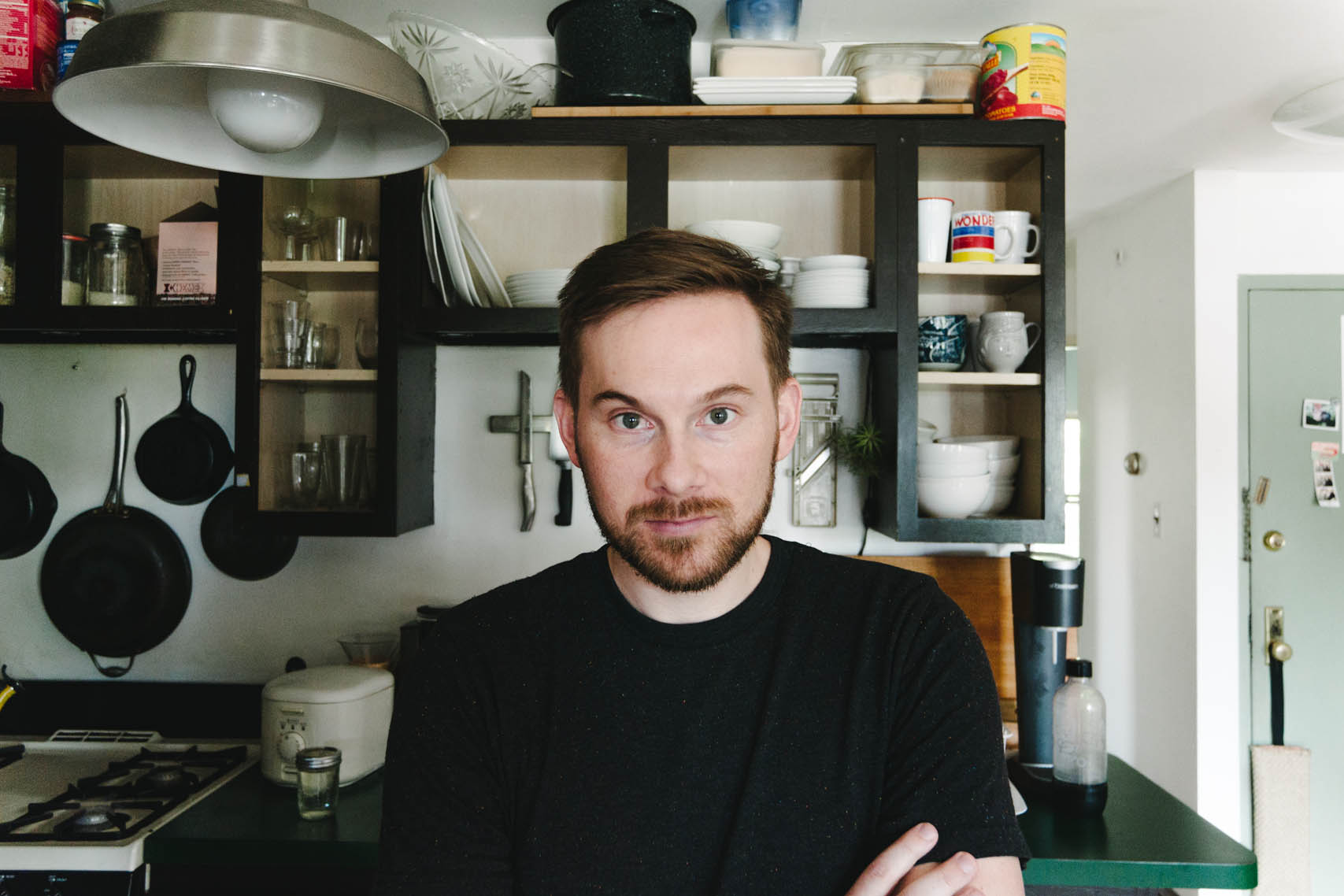 TWP: Tell me the story.

Joel: Well, being the romantic that I am, I wanted to do something big, I had been thinking about how to do it. She isn’t romantic so I kept shooting down my ideas knowing she wouldn’t really want that, so it was a mental struggle to find a balance. And eventually, she just casually asked me, sort of out of the blue. But I wanted to be the one to ask, so I said no. (laughs) Quickly I realized that she really wouldn’t want any sort of proposal, so I just asked her in the middle of a regular conversation.

Caroline: Which was the most important thing for me because I don’t want the big hoopla about it. I just want it to be what it is. (laughs)

Joel: We’re going to get married at City Hall, with our families, which just seems perfect. 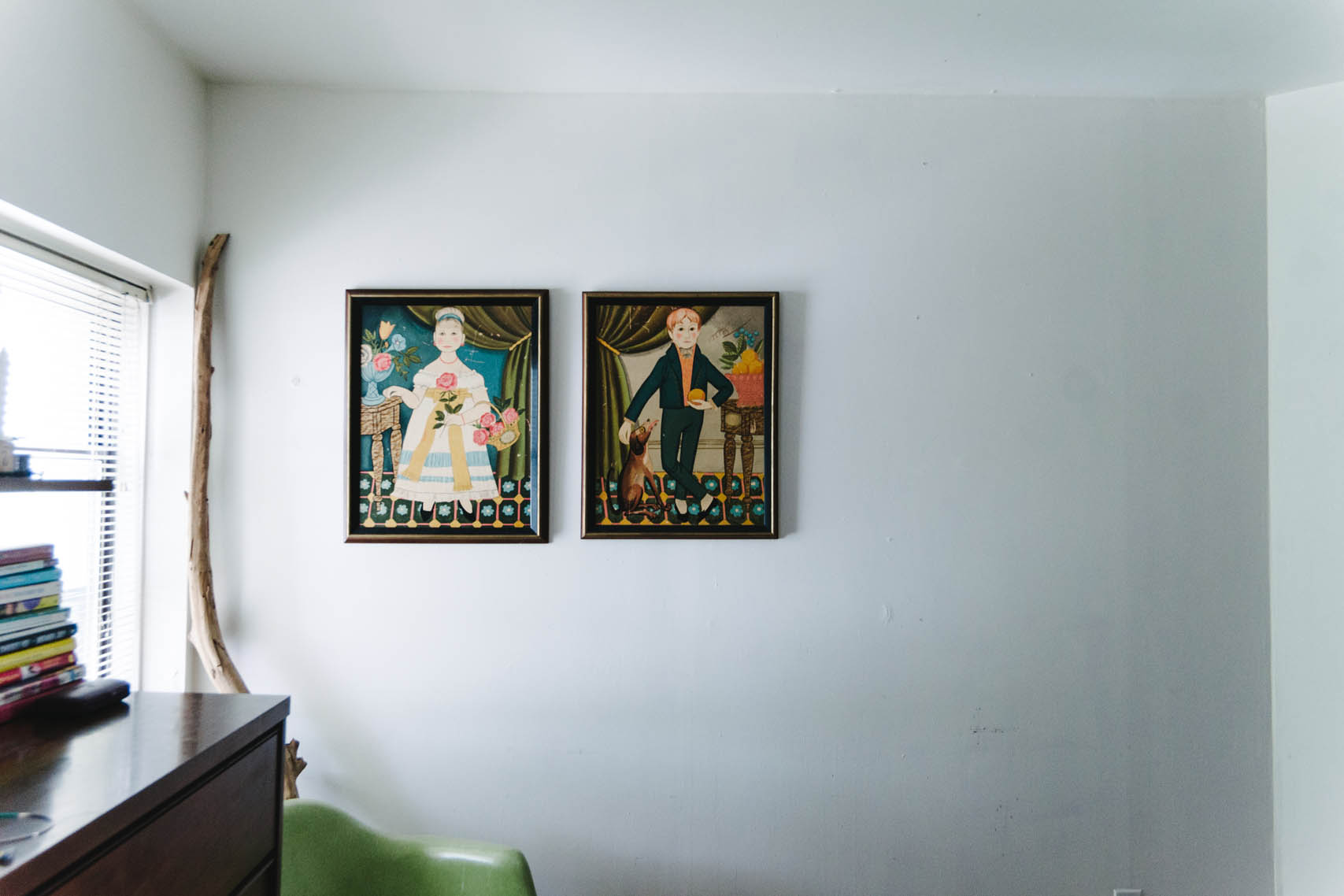 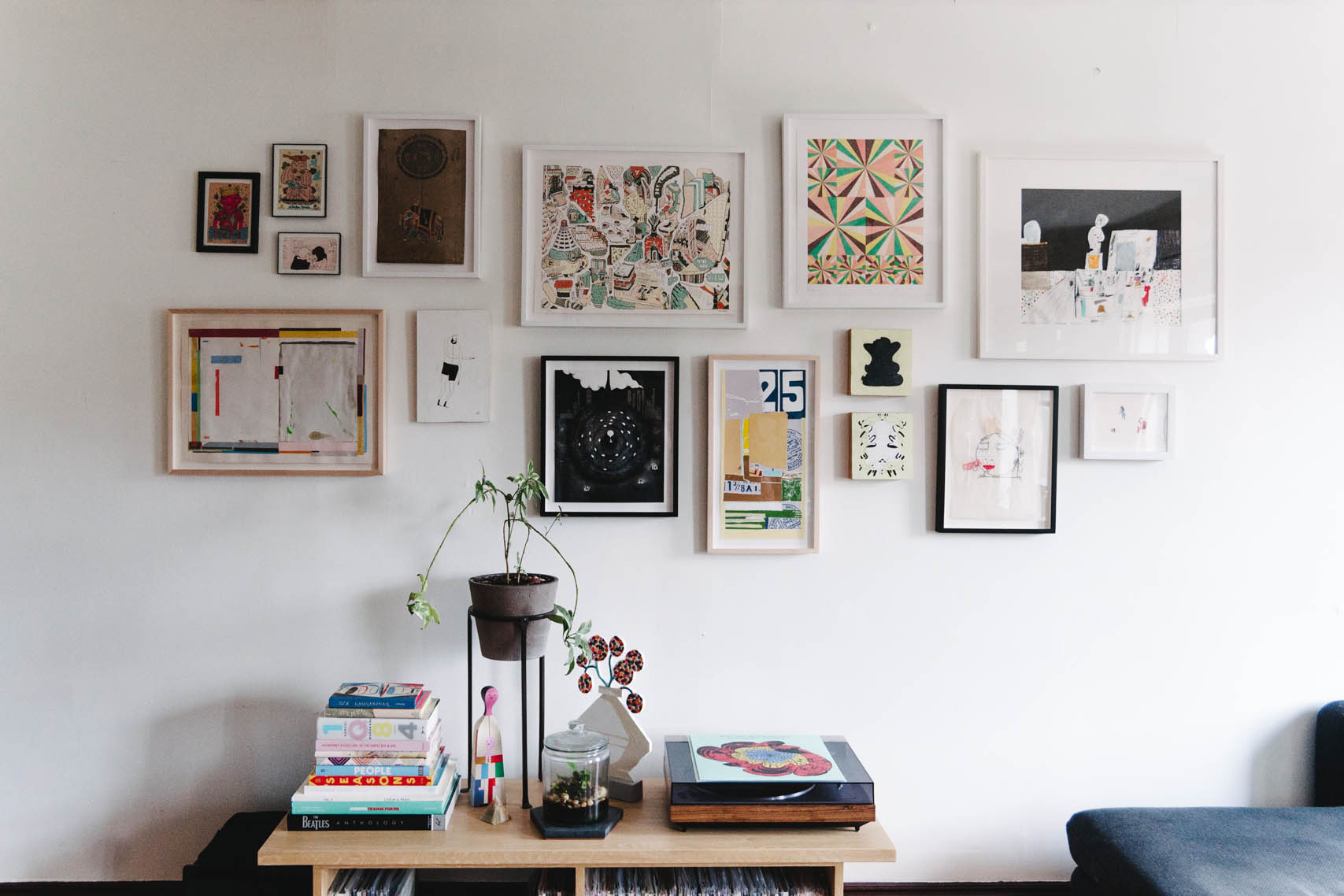 Caroline: For me it definitely takes more effort to be in a relationship.

Joel: Most of the girls that I’ve dated in the past weren’t very independent, so I was used to that dynamic, and it was hard for a little while realizing that Caroline was so independent. It can be good and it can be bad, but it’s become one of the things that I’m most attracted to about her.

Caroline: It is such a conscious effort to let someone in and let someone take care of you and not take advantage of all of that. It takes effort just to be in a relationship with someone. But it’s worth it. 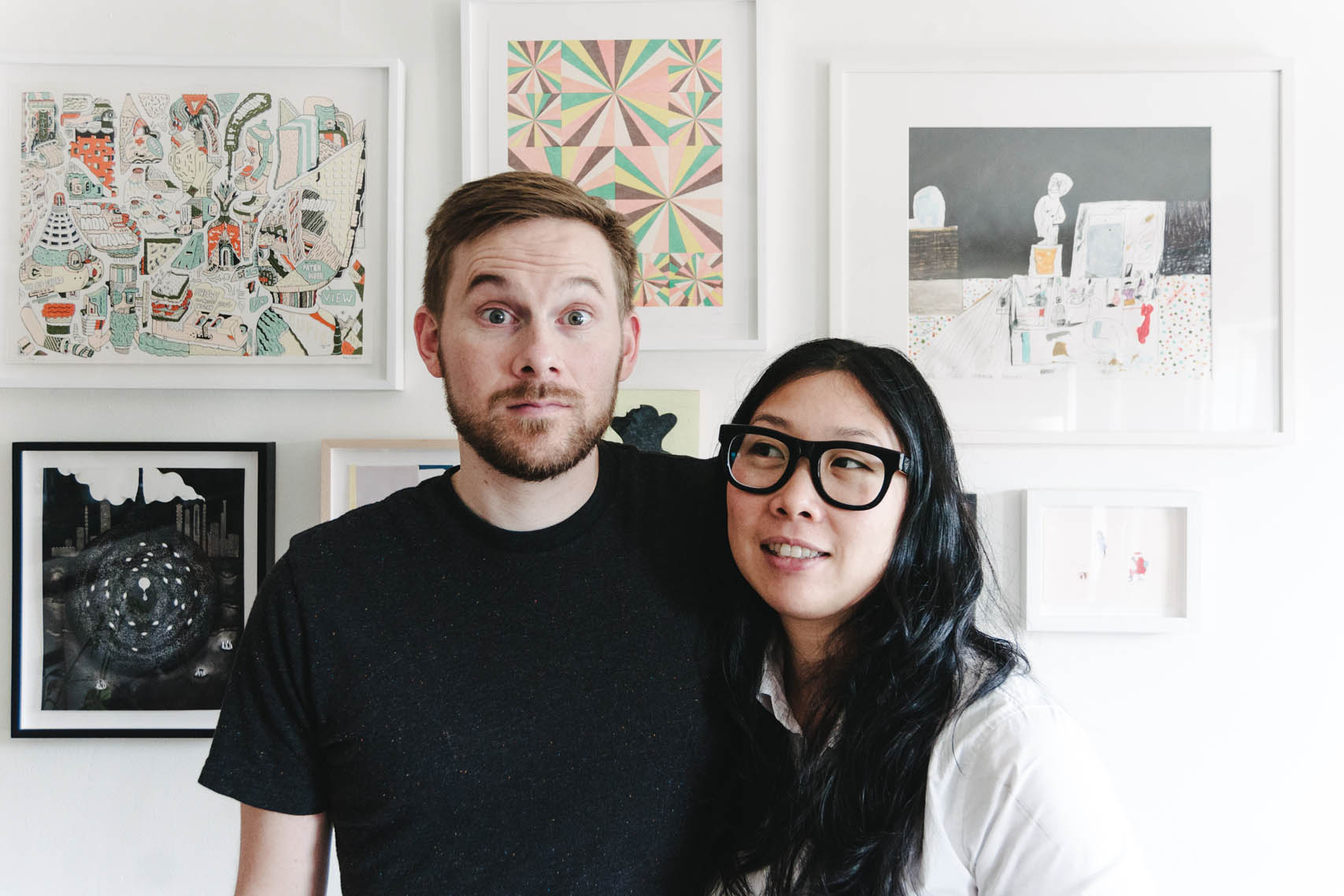 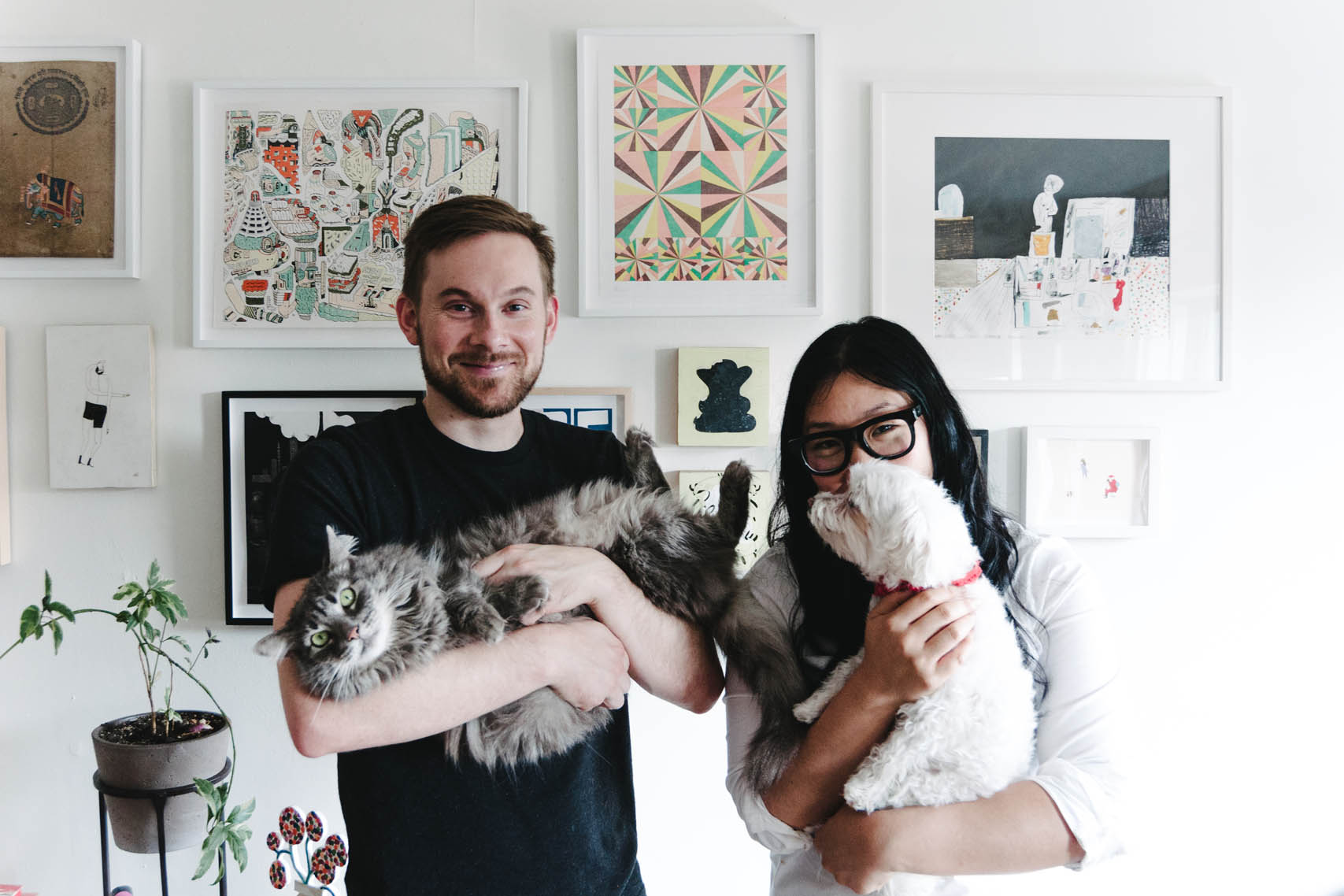