Ian Goicochea is a Mechanical Engineer by trade, his other half Éva Goicochea, specializes in digital content & brand strategy. Both are co-founders of Tinker Watches. 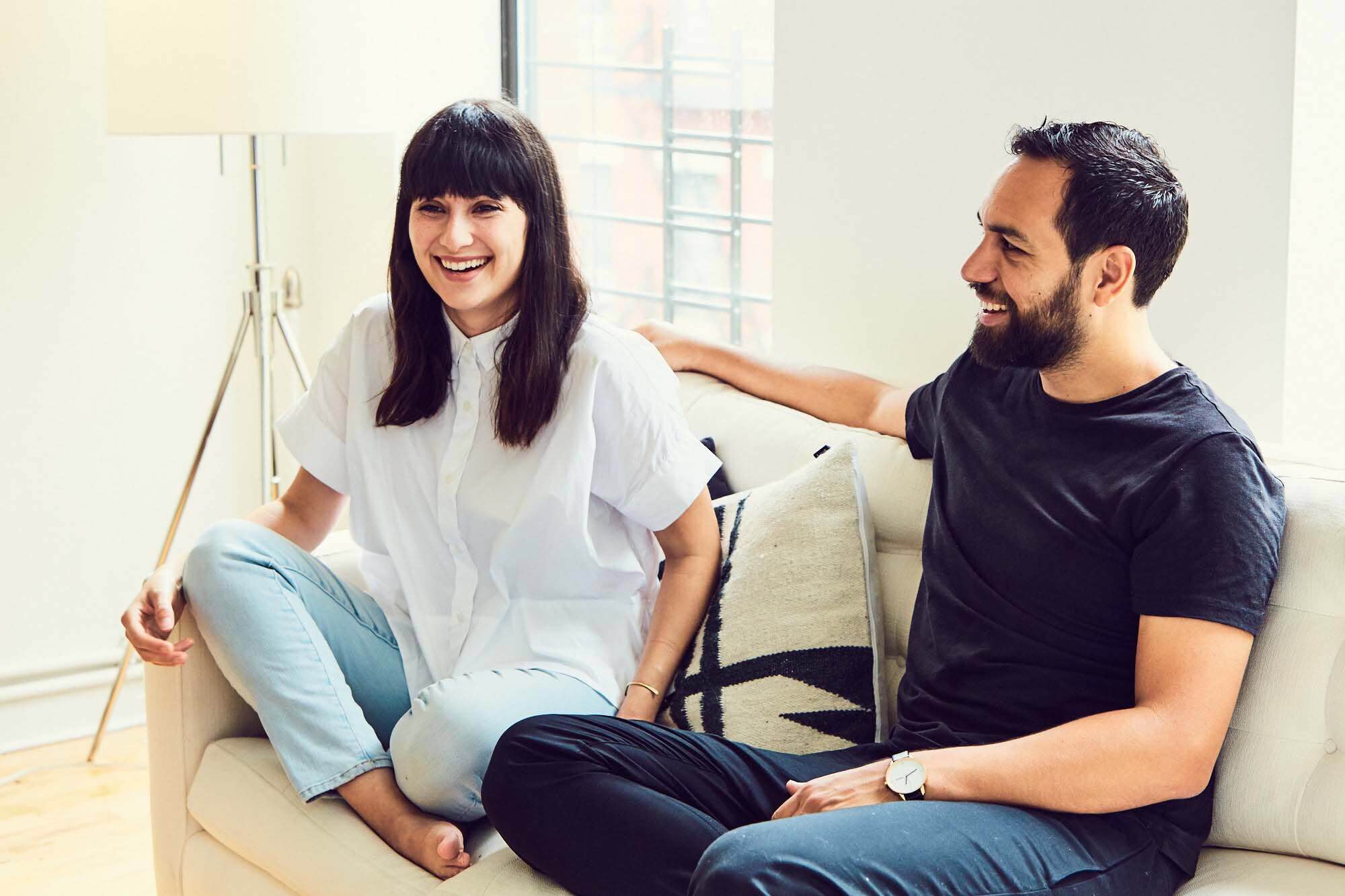 TWP: How did you meet?

IAN: Friend of a friend. I met a guy playing basketball in the park in LA. Randomly. We became friends and eventually we became roommates. He told me, “I’ve got a friend...you’ve got to meet her...I think you two would really hit it off.” He told her the same thing. Then Éva had a BBQ and I tried to go talk to her but there were a lot of people and all of them were trying to talk to her so our interaction was brief.

IAN: She had just moved to LA and I had gone to school 40 miles outside of the city. Neither of us thought, “Ok, we’re going to find somebody here.” We were only going to work.

ÉVA: I had just moved to LA and had multiple serious relationships so I wasn’t looking. I was convinced it was a terrible place for dating. 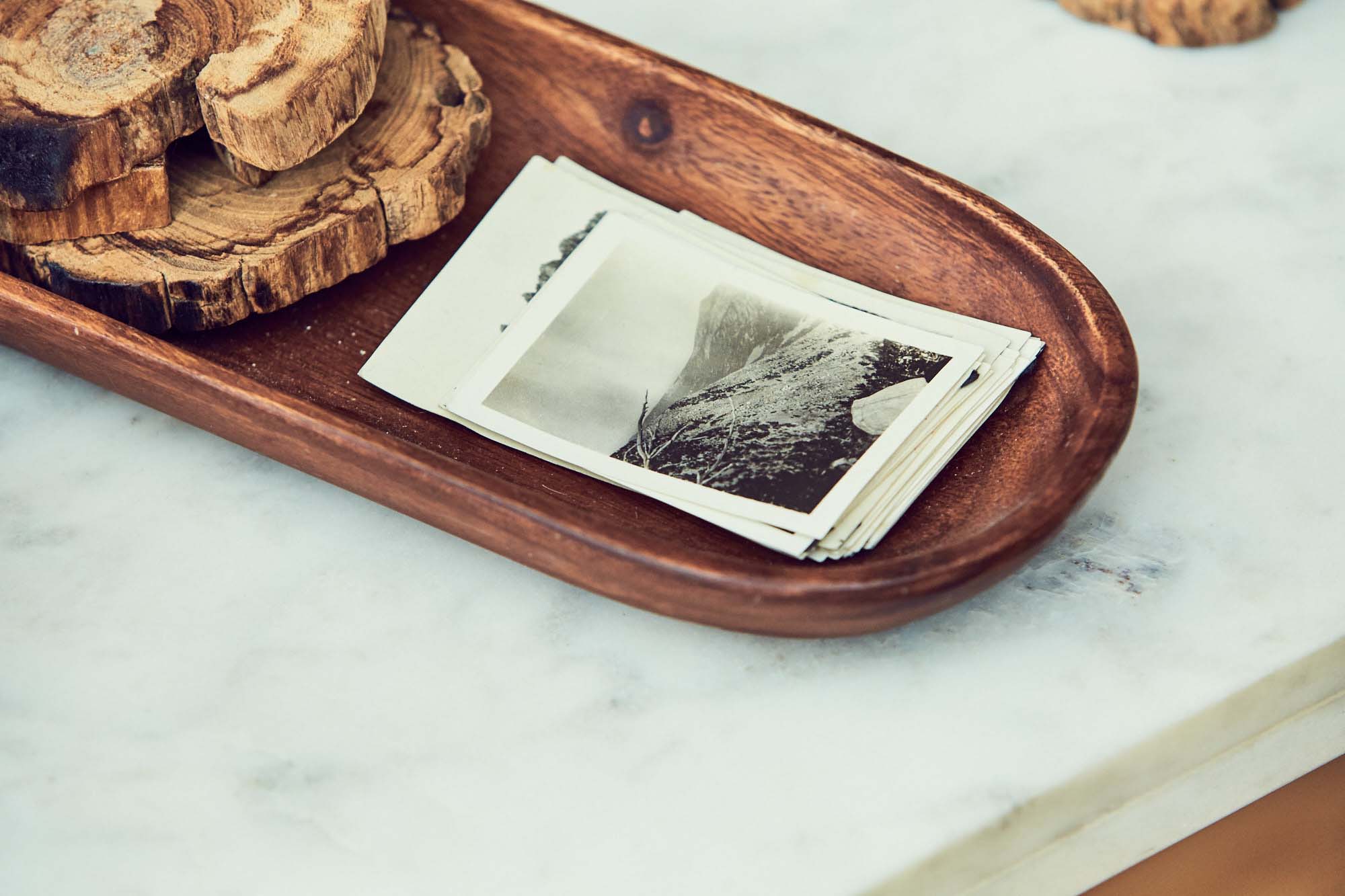 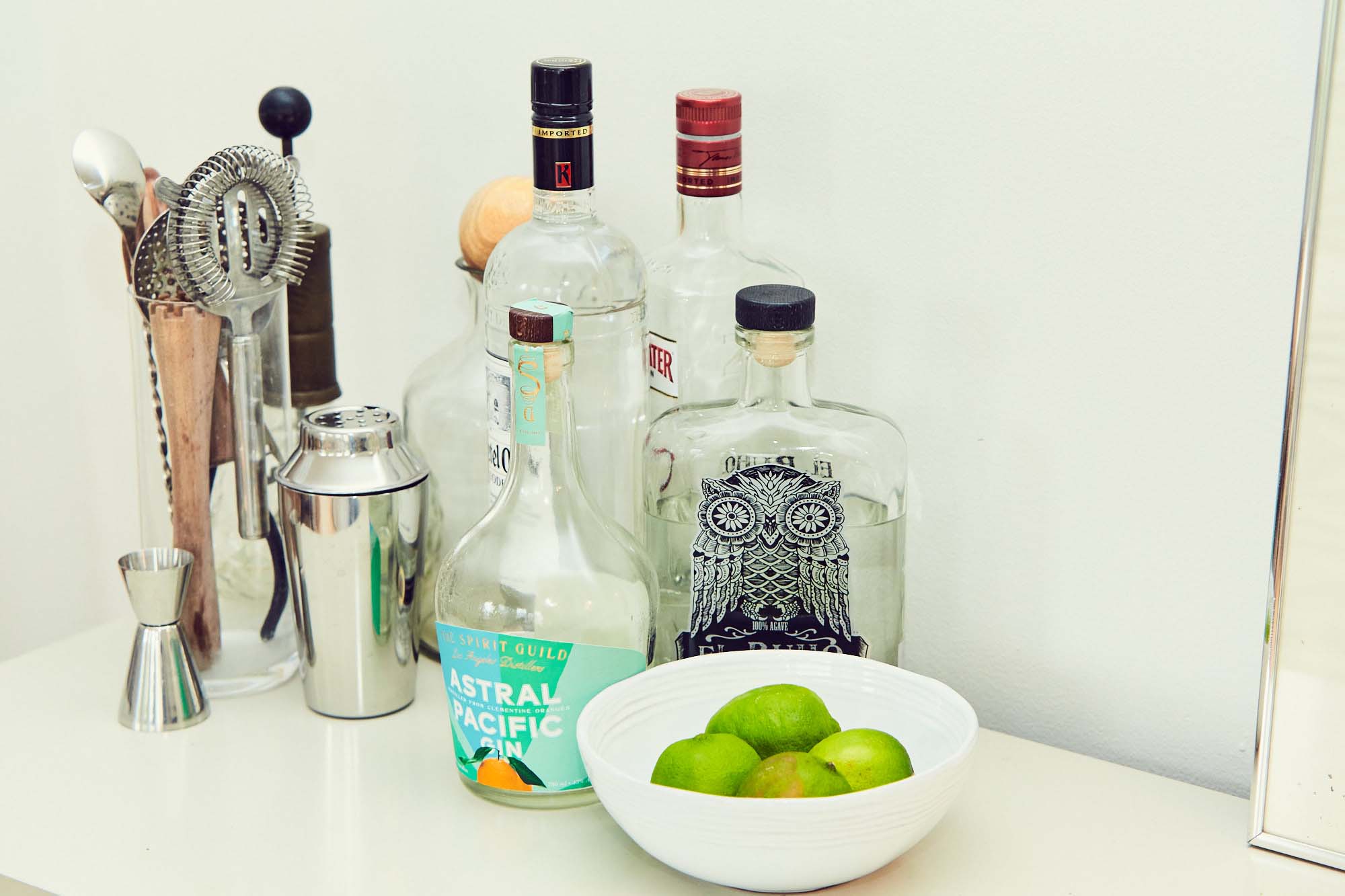 ÉVA: Ian had a 4th of July party a week after me and the next day I asked him to a really shitty movie (summer movie options). Then he stayed over, we chatted all night and in the morning, he asked me hiking and to lunch. A month later, he moved in.

IAN: Things moved really quickly after we met. I stayed the night (nothing happened) and then I was like, “Well, what do you want to do today?” It was a 28 hour date. 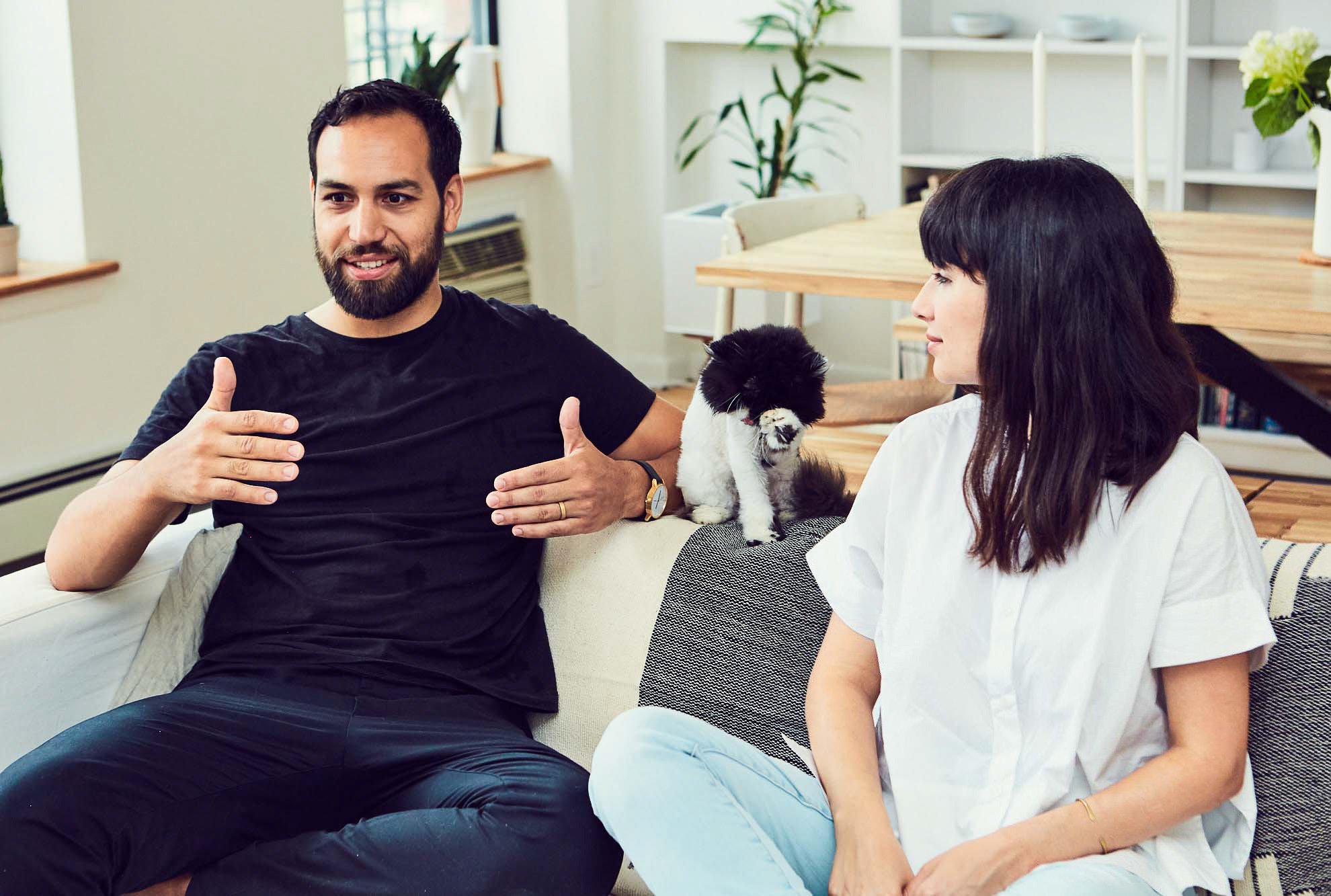 IAN: I went to school for mechanical engineering. I do green building design.

ÉVA: I was a legislative aide when I moved to LA and was gung-ho on politics. I went to NY for school (advertising and marketing) and then moved to Sacramento. Then I moved to LA and thought it felt very disconnected to be in politics when you’re not in a capital city, so I got into the creative field. By 2012, I ended up at Everlane as one of the first employees running social media eventually doing that, culture, and hiring. I’m not afraid of change. 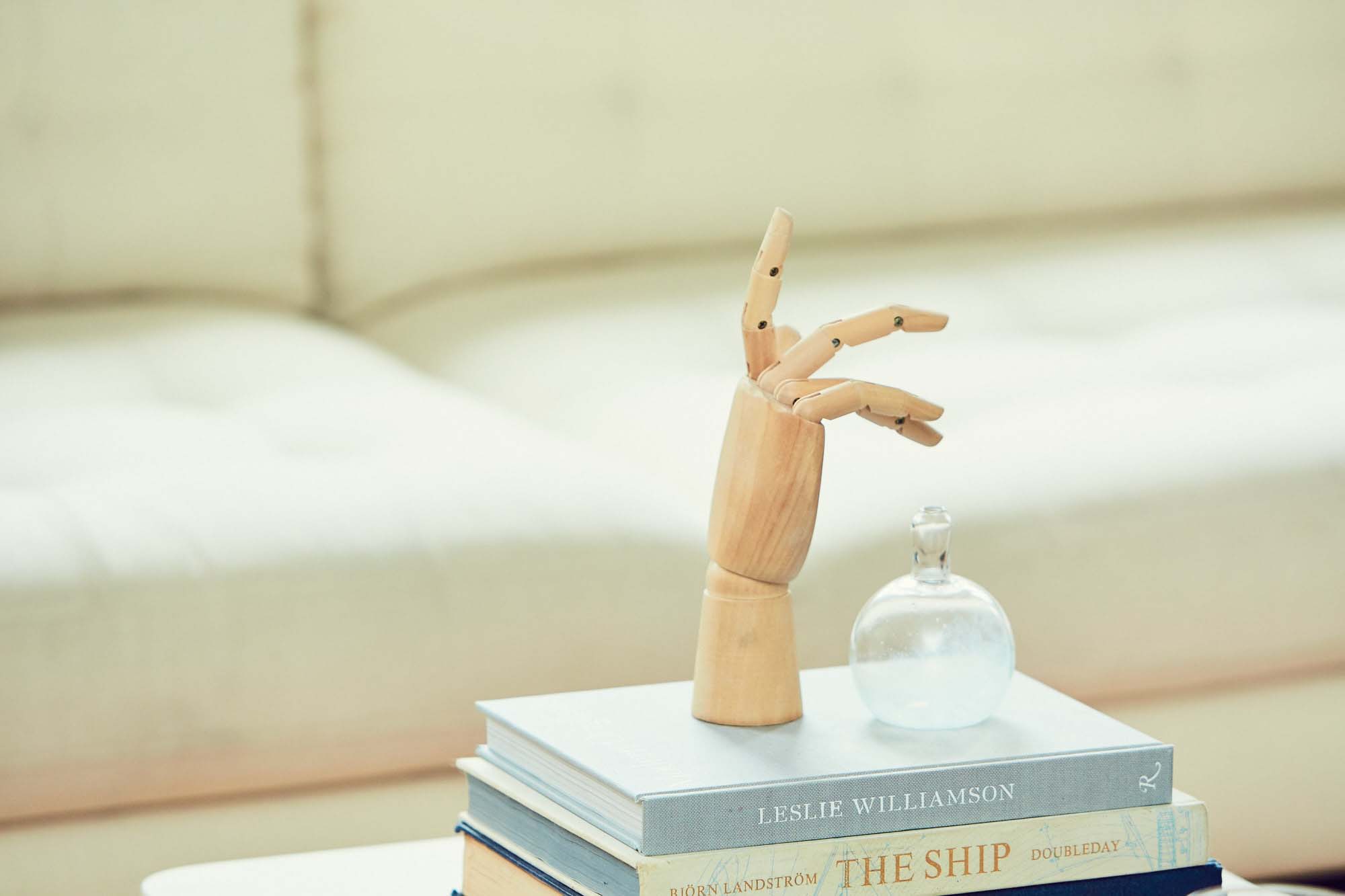 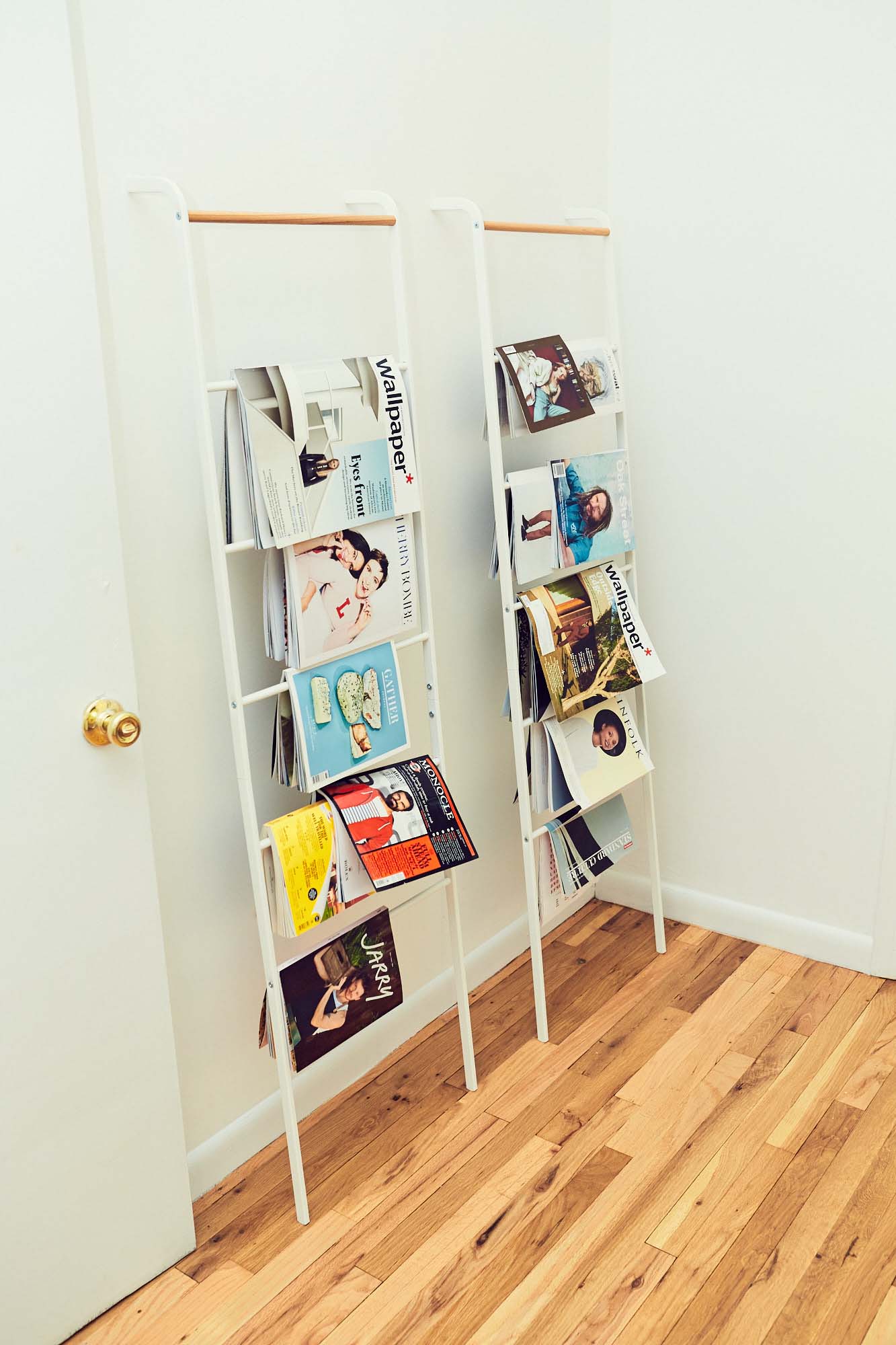 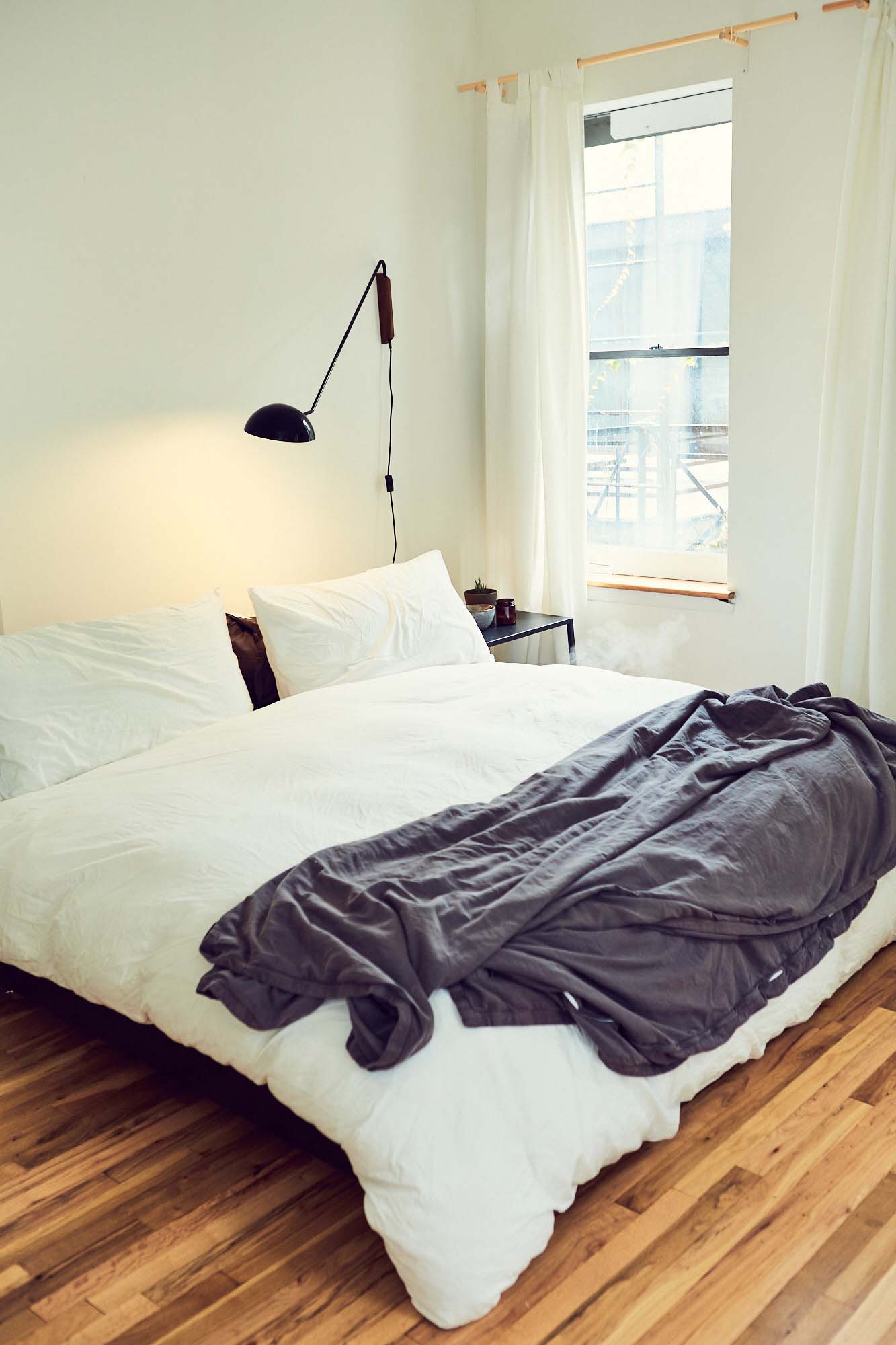 ÉVA: The reason we moved in together was because I had a shitty roommate, and the guy that introduced us became a shitty roommate. Later, we wanted to move to SF to go to grad school and the topic of waiting until after grad school to get married came up. Ian mentioned doing it before. So we just got married. We were babies.

IAN: We were very comfortable talking about it. We just knew.

ÉVA: I always wondered, “ If there wasn’t so much pomp and circumstance around weddings, would men still be so afraid?”

ÉVA: We combined money early on so we figured being married wouldn’t be too different.
That said, sometimes we are so open and so close that we end up like the Bobbsey Twins though. This morning we went together to Whole Foods and we looked exactly alike. We were walking down the street looking so silly. Sometimes we are like the same person.

IAN: But it’s also nice to have someone. Three months into dating, Eva got laid off. 6 months later, my company closed. It just makes you realize you just have to be there for each other and be a unit.

I always wondered, “ If there wasn’t so much pomp and circumstance around weddings, would men still be so afraid?” 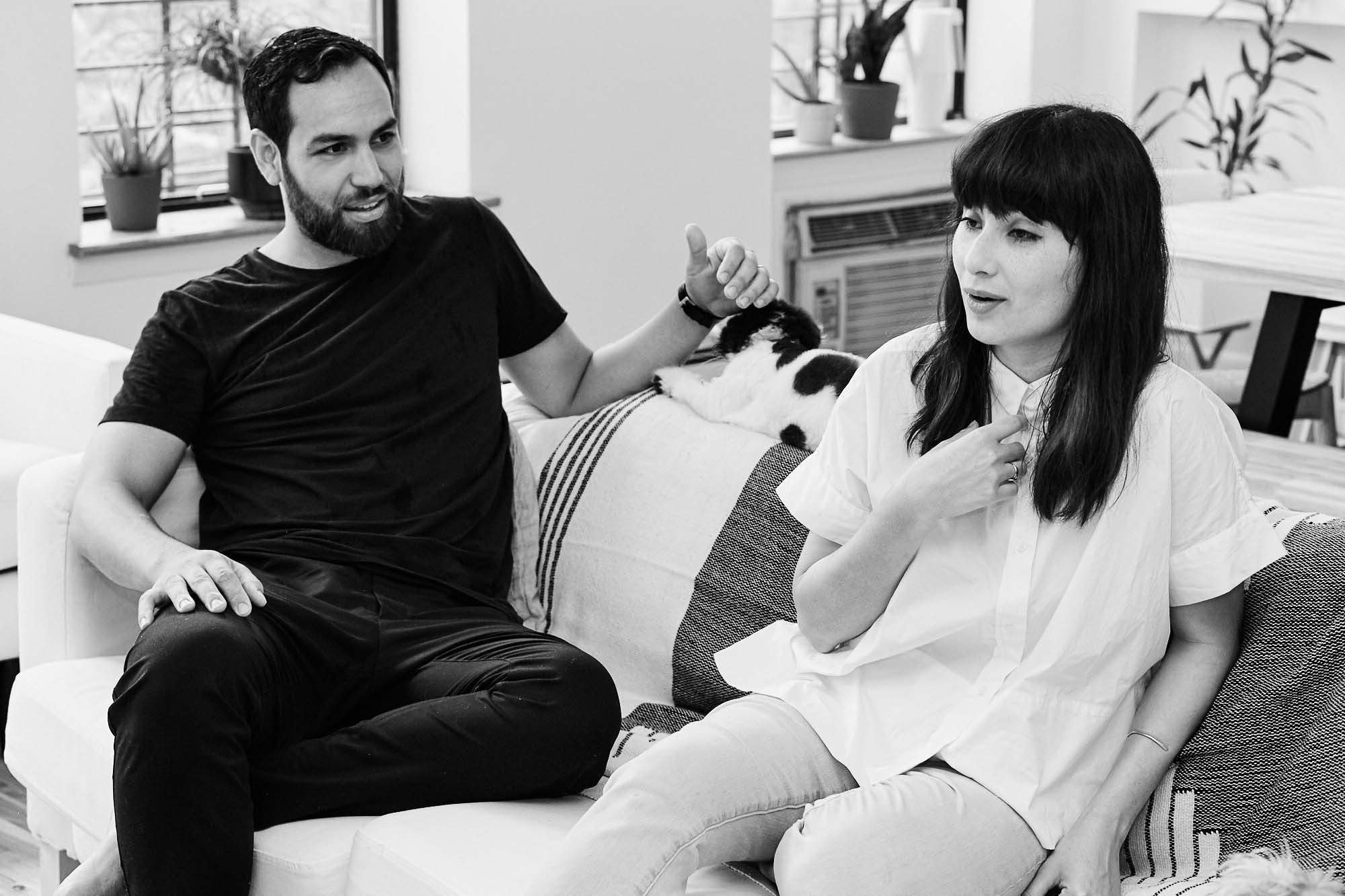 IAN: These rings, our second set, are from Marmol Radziner, an architecture firm in LA. They use leftover materials from the houses they build to create jewelry.

ÉVA: The thing with marriage is the longer you wait, the scarier it is. Just fucking do it. It’s not a big deal. It also helps to have inexpensive rings.

ÉVA: We both have brothers who are much younger and we both operated as parents to them in many ways. Between that and the fact that kids changing everything, I’m not into the idea. Some of our friends with kids have admitted that it’s hard and are proponents of not having them!

The thing with marriage is the longer you wait, the scarier it is. 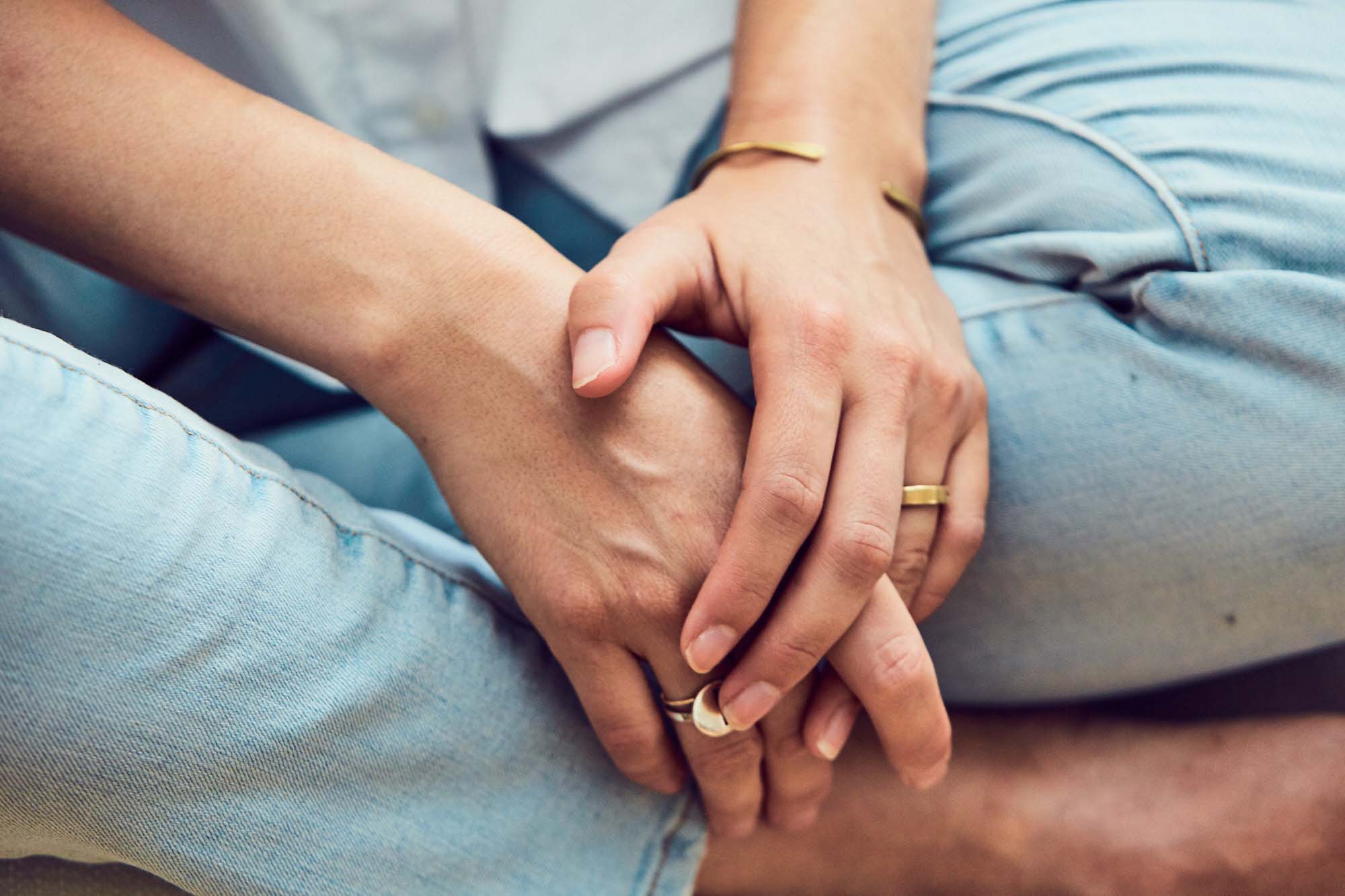 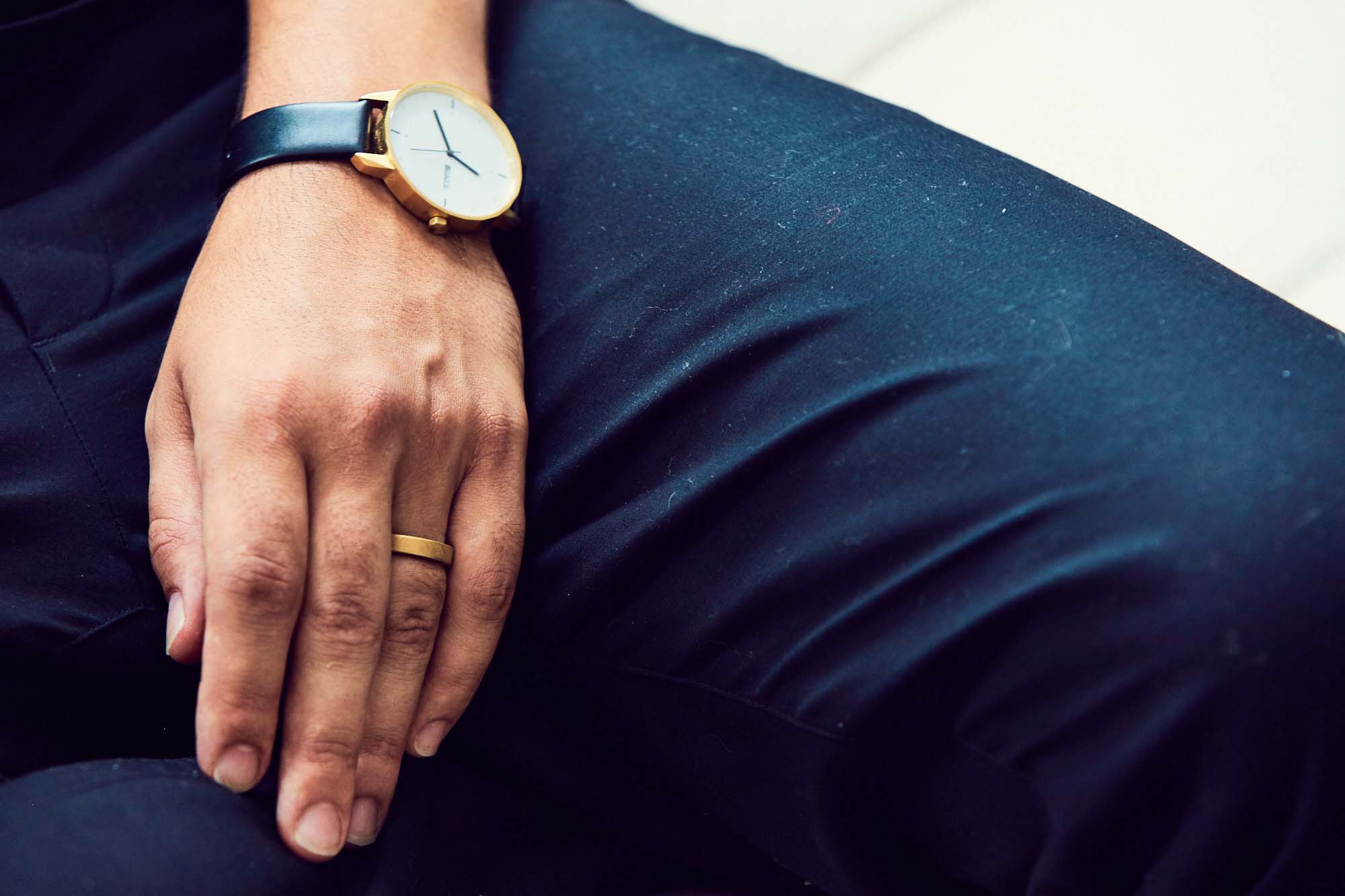 IAN: Working together is really good! You have to be unemotional when you’re working with someone.

ÉVA: We’re very pragmatic. It’s like tennis: If they play poorly, you play poorly. On the daily, we get up, make a quick breakfast, feed the dogs and then sit at our desks next to each other.

ÉVA: Ian works for a big company from home and I work for myself so there’s that separation and then we work on Tinker Watches together.

ÉVA: Everyone at Tinker has a day job. It’s not all in. We started small, and we’re growing day-by-day organically. We want to connect with interesting and smart audiences. 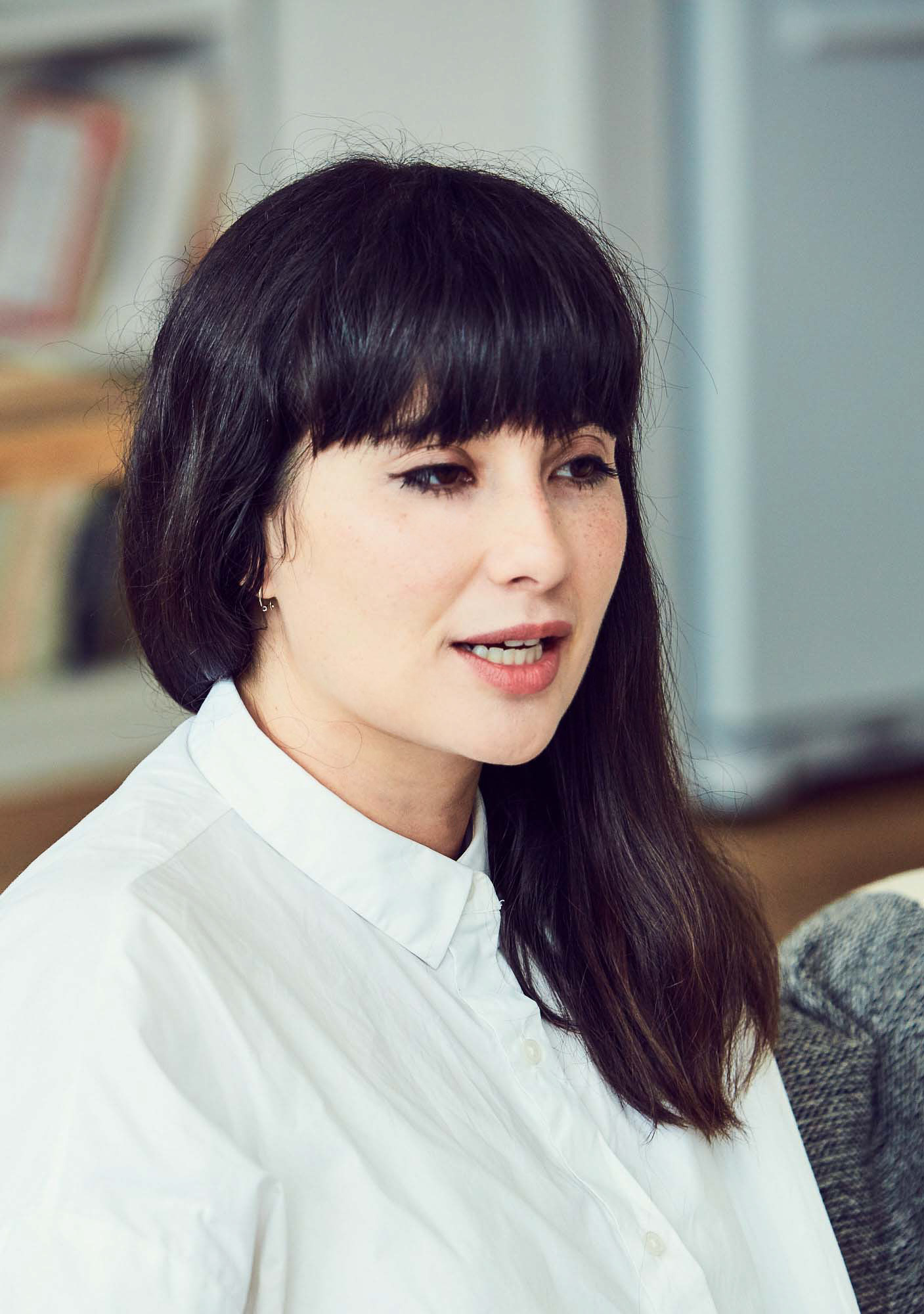 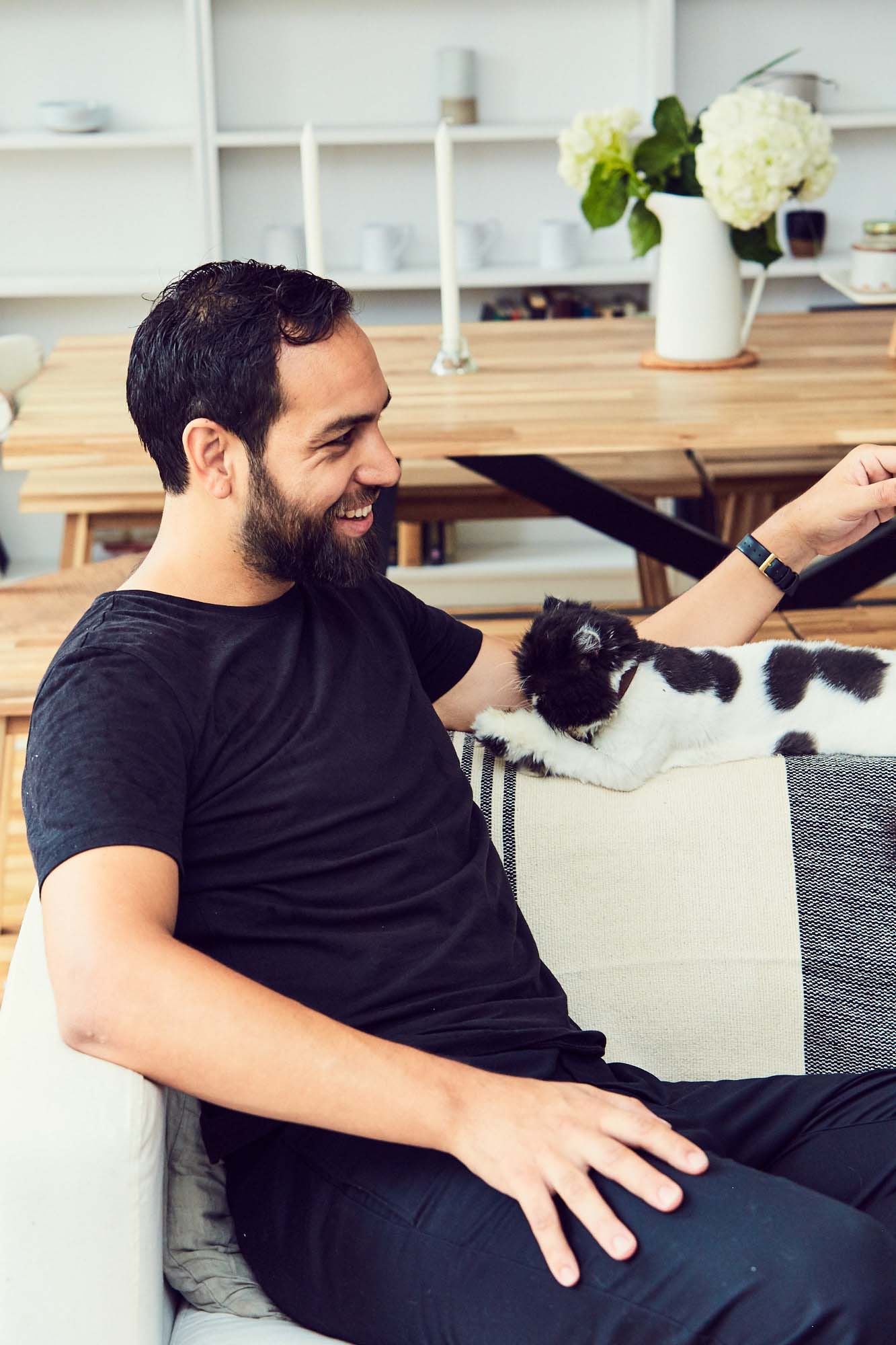 EVA: Every year, we have an indoor picnic on our anniversary. That’s what we did on the night of our wedding: We were watching movies in our pajamas eating this picnic. Taking time just to enjoy the moment. 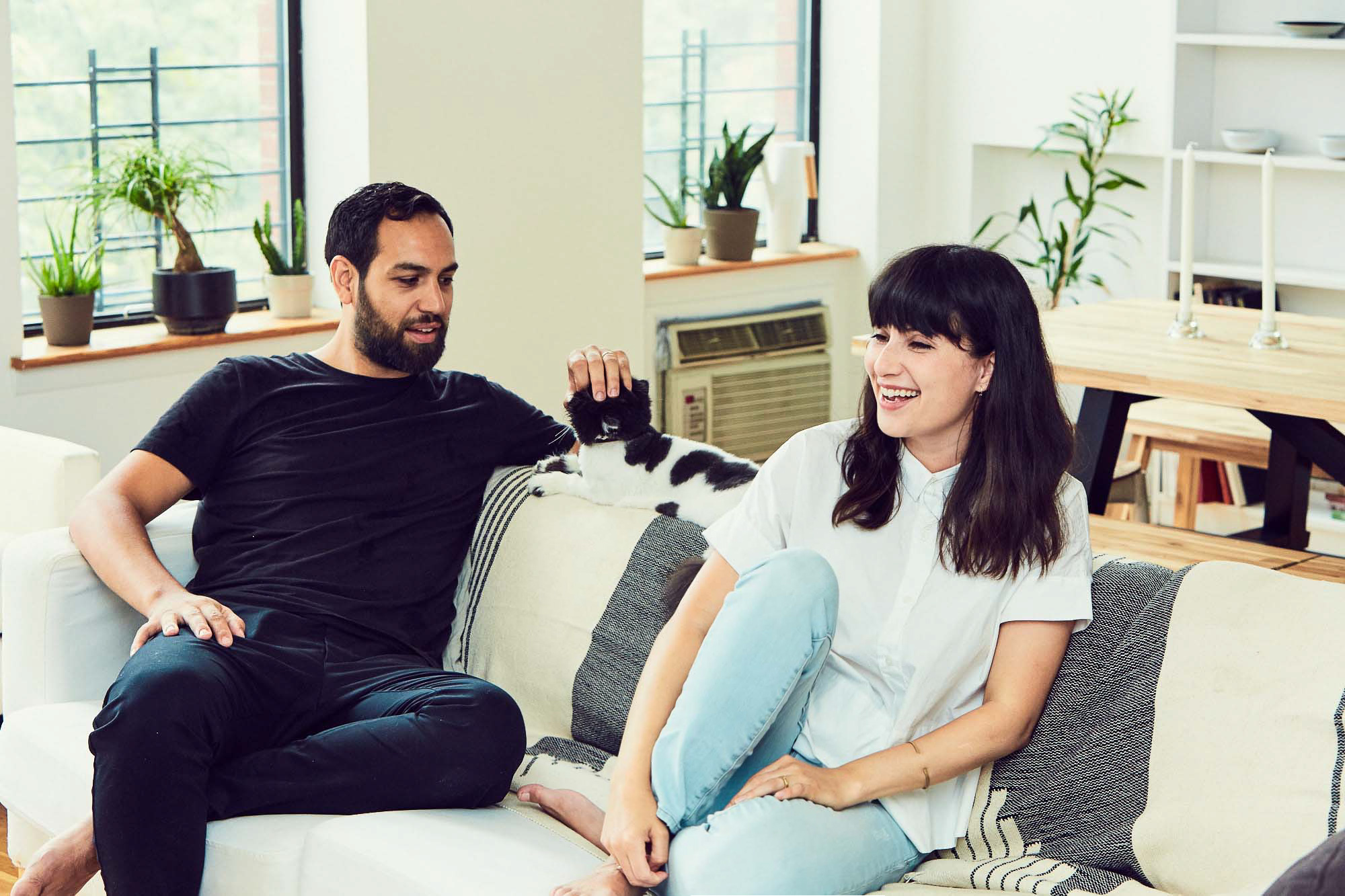